You are here: Home / Nature / Researchers Challenge the Theory on the Ancestors of Blue Whales 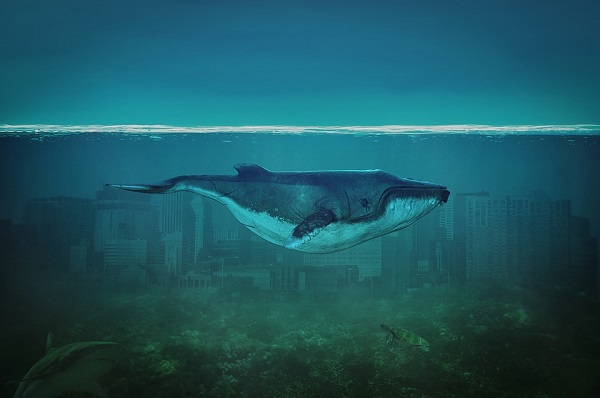 Blue whales haven’t always been gentle, as their ancestors were fierce predators

A recent research changes the perception we had about blue whales. Evidence shows they used to have big sharp teeth which were great for catching prey. This means they weren’t as gentle and calm as they are today, but some fierce merciless killers. Only later they developed into the animals they are today, and lost their teeth.

Baleens are used to filter fish from the ocean water

Blue whales, together with southern right whales and humpback whales, no longer have teeth. In their place, they have some long smooth strands called baleens, which they use to filter tiny animals from the ocean and feed on them. This innovative method of feeding is so effective, that blue whales managed to reach such an impressive size.

However, researchers couldn’t tell how blue whales came to develop such a feeding system. Most theories agree on the fact that these creatures evolved from toothed whales. Initially, researchers thought these teeth formed a zig-zag pattern which sifted water.

Changing the theory on the evolution of blue whales’ teeth

Now, a study published in the journal Biology Letters contradicts these old theories. Researchers have performed scans on several fossils of a blue whale ancestor called Janjucetus, and discovered that it couldn’t have used its teeth for this purpose.

Its teeth were much too sharp to just act like a sieve. Therefore, the ancestor of the blue whales must have used them to catch and kill prey. Regarding baleens, this mechanism has evolved much later, most probably after whales had already lost their teeth.

This behavior bears no similarity to how blue whales act today, and reminds more of orcas and other of today’s toothed whales. In fact, Janjucetus had teeth as sharp as some terrestrial predators, such as the African lion. This is a surprising discovery, as it changes the old conceptions about the evolution of blue whales.
Image Source: Wikimedia Commons