You are here: Home / National News / A Man Built A Blessing Box On His Lawn For Those In Need 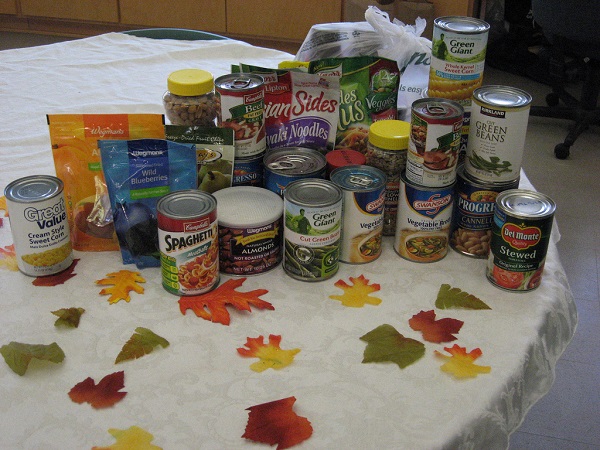 An Army veteran installed a blessing box with canned food and other goods free to take.

A 42 years old Army veteran named Roman Espinoza decided to try and make a difference as, some weeks ago, he set up a blessing box on the lawn outside his house in Watertown, New York. According to reports, the man was inspired to take this action as he was preparing a presentation for a college course.

One Blessing Box Installed, Other to Come

Espinoza decided to enroll as a Chemical Dependency and Human Services double major at the Jefferson Community College in Watertown after 25 years of military service. According to reports, he was preparing a presentation for one of his courses when he discovered that his college had a food pantry.

Then, as part of his project, Espinoza talked about blessing boxes, after having seen the idea in a special segment.

A blessing box is often a homemade structure where people can leave and donate goods of any kind. These can be both dropped off and picked up for free and anonymously. They can help people in need, that do not always have access to the respective good.

Encouraged by his colleagues and professors, Espinoza decided to set up his own blessing box, which he initially filled with canned goods. Not much later, his Watertown community showed its support and started pitching in as well. Now, this helping box offers toiletries and first aid supplies as well.

“There’s no age limit; there’s no paperwork. We will not take any monetary donations. And next time, when you’re doing a little better, you can come drop some things off in return,” stated Espinoza.

The man acknowledges that this is a short-term solution to a harsher, longstanding and spread problem. Still, he declared that his blessing box would remain in place until “people stop using it”. It will also not be the only one, as two other people in the community are planning on installing a box of their own.

The largest domestic hunger-relief organization, Feeding America, states that children and adults alike are facing hunger and famine both across the globe and nationwide. According to its reports, 42 million people living in the United States lack enough food.

Feeding America has some 200 food banks as well as around 60,000 food pantries and other such services spread across the nation.