You are here: Home / Entertainment / Ed Sheeran Will Be Making A Cameo In Another Show 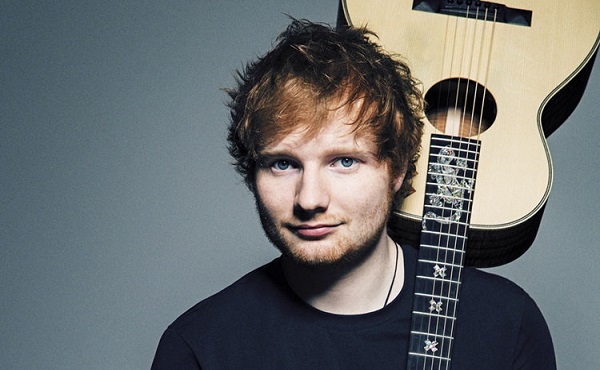 Ed Sheeran will be lending his voice to Brandon, a new character set to appear on The Simpsons.

On Monday, Ed Sheeran took to Instagram to confirm that he will be making a cameo appearance on another hugely popular TV show, namely, The Simpsons. With some mild spoilers ahead, the news came just a day following his appearance in the first episode of Season 7 of HBO’s Game of Thrones. His cameo was met with quite mixed reactions, as people seem to have either hated or loved it.

No Ed Sheeran, Meet Brandon of The Simpsons

According to the first details on this new cameo, the British singer now turned actor will be playing a character named Brandon. This will appear in a musical-themed episode of The Simpsons, the Fox animated comedy. The episode will be titled “Haw-Haw Land”, which is quite a clear pointer towards last year’s Oscar-winning La La Land.

Brandon will seemingly have a thing going between him and Lisa Simpson, putting him in a triangle with Nelson Muntz, according to the singer’s own statement. In confirming the news, Sheeran stated that:

“This year continues to be equally surreal and amazing. Watch out for this one, me and Lisa have a whole thing going on x.”

The Simpsons are set to return to air on October 1, 2017, for their 29th season. Al Jean, the show’s executive producer, was reported as stating that Ed Sheeran was “naturally interested’ in joining the animated comedy. The British singer/actor has a tattoo of the three-eyed fish Blinky, and seemingly a “perfect part” was awaiting him in The Simpsons.

This year continues to be equally surreal and amazing. Watch out for this one, me and Lisa have a whole thing going on x

Some would not say the same about his cameo appearance in the hugely popular Game of Thrones. Opinions seem to be quite divided on the matter, as some consider that his presence in the first episode of the seventh season was ‘unnecessary’ or ‘pointless’ or ‘way too obvious’.

However, others consider that his role, and that of his fellow Lannister soldiers as well, could play a role in the characterization and future development of Arya Stark. Others consider that there is more than meets the eye to Sheeran’s character singing “Hands of Gold”.

Throwback to the time I was a Lannister

As it is, it remains to be seen if either of these theories will be proven right as the rest of the Season 7 episodes unfold. Fans will have to wait a while longer before seeing the faith of his character in The Simpsons or if he will be making a comeback in Game of Thrones.