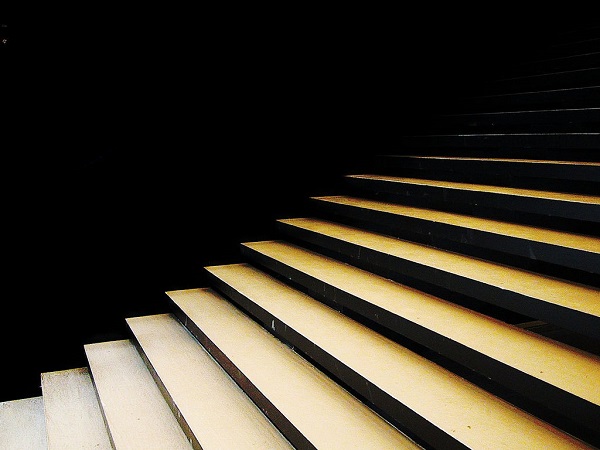 Climbing stairs may soon become easier thanks to a system of energy-recycling stairs that should assist people by absorbing and then returning them their own energy.

This is all according to a new study released in the PLOS One. Yun Seong Song, part of the Missouri University of Science and Technology, conducted this new research on the benefits of assistive stairs.

Assistive Stairs to Help the Elderly or Disabled

The team behind these “energy-recycling stairs” is composed of computer scientists, mechanical engineers, and biomedical engineers from the U.S. Their product should help people conserve energy both as they climb and also descend the stairs.

According to the study paper, the stairs work thanks to a series of latching springs. The spring-loaded steps compress as a person pushes downwards. In turn, this saves up some 26 percent of the respective person’s energy, as the springs dampen the effect. As they go up again, the stored energy can be unleashed and offer a 37 percent boost to the person’s step.

The results were gathered based on a prototype model of the energy-recycling stairs. These were tested by nine participants, which were asked to ascend and descend them. At the same time, the team monitored their energy use monitored and later analyzed them.

The energy-recycling stairs were developed to try and assist elderly or disabled people. These sometimes encounter difficulties in negotiating stairs. Available alternatives, such as stair lifts or elevators, require significant energy or are expensive.

The study team theorizes that its assistive stairs could offer a more energy efficient and practical option, one that should also be less expensive. This could come and assist people with reduced motor function that can nonetheless still negotiate stairs.

Further research and tests would still be needed to prove the efficiency and benefits of the energy-recycling stairs. Still, Song and his colleagues believe that saving energy while ascending and descending could help reduce the joint and muscle forces which cause pain. They could also decrease the metabolic energy expenditure.

“Low-cost, easily-installed assistive stairs could be a way to allow people to retain their ability to use stairs and not move out of their homes,” states Karen Liu of the Georgia Institute of Technology and part of the study.