You are here: Home / Tech & Science / The Doomsday Vault Is Still Safe, Even After Flood Fears 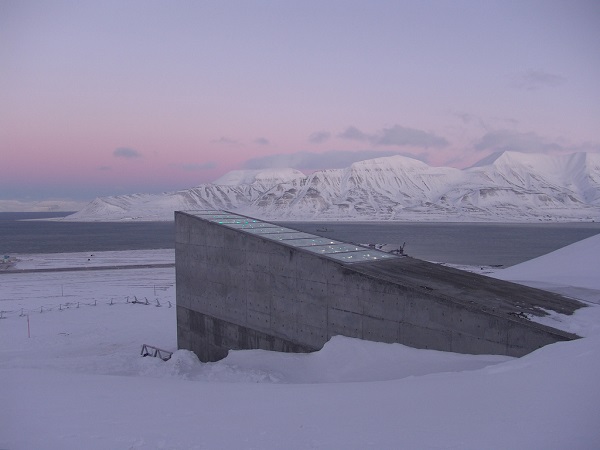 The Doomsday Vault in Norway was recently faced with melting permafrost streams of water.

The Svalbard Seed Vault, also commonly called the Doomsday Vault is once again safe after almost passing through its own disaster. According to reports, the seed bank was quite close to being threatened by flooding waters due to the melting permafrost.

The Doomsday Vault is located on the island of Spitsbergen, in Norway, some 620 miles away from the North Pole. It is the largest such seed storage bank in the world, and it opened in 2008. This vault has the capacity of storing around 4.5 million samples.

These are collected, brought or received from all over the globe, as well as other seed banks. The Doomsday Vault already houses over 930,000 varieties of seed samples, as well as their duplicates, all preserved under very specific conditions.

Still, according to reports, these properties were almost thwarted by the climate. The melting permafrost was described as having sent “meltwater gushing” down the vault’s entrance tunnel. However, a release from the Norwegian government states that the vault itself is still safe and unharmed.

“It was not in our plans to think that the permafrost would not be there and that it would experience extreme weather like that,” stated Hege Njaa Aschim, part of the Norwegian government.

She also said that, fortunately, the vault itself was left untouched. The ‘precious seed’ are still safe. The Svalbard Seed Vault board also issued a press release and statement. This stated that no damage reached the facility itself. Which ensured the safety of its valuable deposits.

Also, the statement said that measures are being taken so as to prevent future similar incidents. So the vault is taking steps to improving its constructions and ensuring the seed facility’s protection. These will be carried out by the Royal Ministry of Agriculture and Food and Statsbygg, Norway.

Also, the statement claims that the Doomsday Vault still is “the safest backup of crop diversity” at a global level.