You are here: Home / National News / The LAPD Could Start Using A New Ford Hybrid Sedan 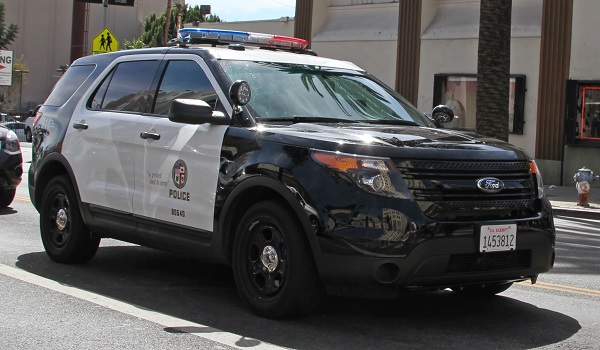 Ford is expected to present the first Ford hybrid sedan to also be billed as a “pursuit rated” vehicle.

On April 10th, Ford is expected to present a new cruiser car, the first Ford hybrid sedan to also be billed as a “pursuit rated” vehicle. More exactly, this means that the car should be able to safely reach and conduct high-speed pursuits while also maintaining a low emissions level.

This new vehicle, the Fusion Hybrid midsize van, will be officially called the Ford Police Responder. It will gain this name after being specifically modified and sold to law-forces. The new cruiser should come with a combined highway and city gas mileage rating of about 38 miles per gallon. This latter should also mean lower emission levels.

The LAPD Could Start Using This New Ford Hybrid Sedan

Ford officials stated that they consider their new Responder a ‘perfect car’ for police departments working in urban environments. Also, it should be useful in cities with air pollution and global warming issues. The cruiser should also save gas and the money spent on it. More exactly, the Ford hybrid sedan could save around $3,877 a year on fuel, when compared to the Interceptor sedan. This was calculated for a $2.50 a gallon cost.

Joe Hinrichs, Ford’s president for the Americas also stated that:

“We’ve had a lot of support from our police advisory board that has been calling for a pursuit-rated hybrid for some time.”

As it is, the Los Angeles Police Department is said to be already interested in purchasing such a vehicle. The law-enforcement agency’s chief, Charlie Beck will reportedly be present at the vehicle unveiling on Monday. This new car will also be simultaneously unveiled in New York.

Ford’s new Police Responder is a modified Fusion. Which means that the hybrid sedan will be the first gasoline-electric police vehicle to be presented as “pursuit-rated”. This should make it capable of racing through city streets, hop curbs, and also navigate through crowded intersections.