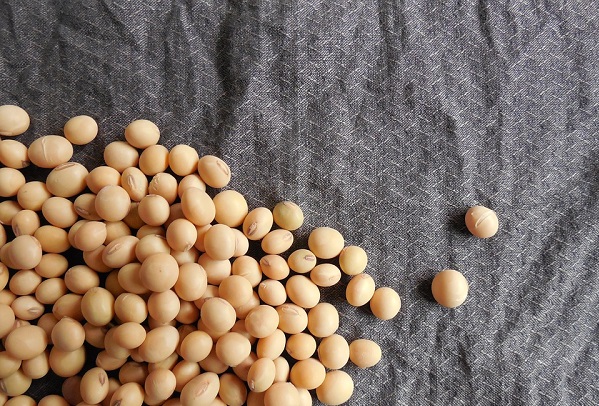 A number of previous research studies found that a soy food diet can be beneficial for breast cancer survivors. These findings have now been reinforced by the work of other researchers who found that soy even has a protective effect against the disease.

The medical and scientific community were somewhat confused about the implications of a soy food diet among women due to its estrogen-like properties. The hormone plays a role in the development of breast cancer in women affected by menopause. Other studies have also shown that while soy may be beneficial in post-cancer patients, it may reduce the effectiveness of various hormone therapies used to treat the disease.

A new study published in the Cancer journal manages to clarify the entire correlation between a soy food diet and breast cancer. More specifically, the researchers found that soy foods contain isoflavones which slow the progression of an aggressive type of the disease called hormone-receptor negative breast cancer.

The study was led by Dr. Fang Fang Zhang, an assistant professor at Tufts University’s Friedman School of Nutrition Science and Policy. Dr. Zhang and his colleagues analyzed the relationship between 6000 women diagnosed with breast cancer and the dietary intake of soy foods rich in the isoflavones particles.

The study followed the participants for around nine years, analyzing their diet intake and the progression of the disease. The researchers found that the women who consume a rich soy food diet with high amounts of isoflavones had a 21 percent reduced risk of dying from breast cancer compared to women who only consumed low amounts of soy.

However, the study emphasizes the fact that the decreased risk was largely confined to women affected by the aggressive hormone receptor-negative cancer as well women who were not part of an anti-estrogen therapy with tamoxifen, a drug which blocks the effects of the hormone. Therefore, the study’s findings manages to clarify that a soy food diet does not negatively affect endocrine therapy, but it also has a protective effect against an aggressive form of breast cancer.

The researchers were quick to emphasize that doesn’t mean that taking supplements or eating large doses of soy will provide any additional beneficial effect. Instead, women should focus on a healthy and balanced diet.