You are here: Home / Science / Antarctic Lake Buried in Ice Could Lead to Ice Shelf Collapse 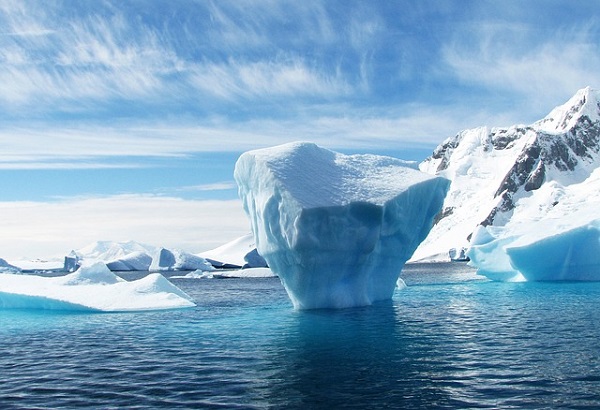 An Antarctic lake suggests the melting of the region has begun.

The Arctic, as well as West Antarctica, have seen many changes in the last years due to climate change. Until now, scientists believed that the remote location of East Antarctica and its low temperatures would keep the region mostly unchanged in the face of global warming. A newly Antarctic lake shows that the impact of climate has only been delayed not avoided.

For their study, which was recently published in the journal Nature Climate Change, researchers analyzed the Roi Baudouin ice shelf located in East Antarctica, which mostly floats in the ocean.  During their research, which involved satellite measurements, models as well as field surveys, they discovered a massive lake underneath the ice shelf mostly made of freshwater.

The existence of an Antarctic lake buried beneath the ice shelf means that the melting has already started. To confirm their discovery, the research started to drill through the ice and found several englacial lakes between the surface and the base of the ice shelf which comes in contact with the ocean. During their drilling, they discovered 55 lakes, out of which many were buried in ice.

Their findings reveal another major problem caused by climate change as the rising temperatures lead to the melting of the ice shelves, while warmer waters eat away at the ice from beneath the glaciers. The water resulted from melting seeps through the surface fractures and fill empty subsurface chambers with water.

After large quantities of water have accumulated in these chambers, the pressure it exerts on the shelf could become strong enough to force it apart. A broken-off glacier would then float in the ocean where they can melt much faster. Scientists call the phenomenon hydrofracturing.

Jan Lenaerts, one of the study’s researchers and a glaciologist from the Utrecht University in Netherlands, has stated that the production of meltwater will only increase with the temperatures and overall enhance the hydrofracturing process. This could very well endanger the overall integrity of East Antarctica ice shelves and eventually lead to massive increase in sea levels. The entire Antarctica is estimated to hold enough water to raise sea levels by 200 feet if all the ice melted.

What do you think about the discovery of the Antarctic lake?