You are here: Home / National News / Leonard Cohen Passed Away at Age 82, the World Is Mourning 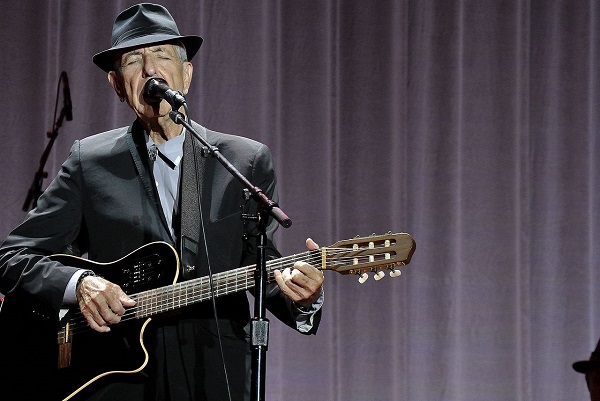 Leonard Cohen passed away on Monday, his death being confirmed today.

Renowned artist, songwriter, novelist, Beat poet Leonard Cohen passed away on Monday. The versatile Canadian singer was 82. The cause of death was not communicated. As the family prepares to mourn the artist, the world is already sending their prayers, honoring the memory of the man who touched so many hearts.

No other artist’s music felt or sounded like Leonard Cohen’s. Yet his work resonated across generations. Canada and the world will miss him.

Leonard Cohen was born on September 21st 1934. Coming from a profoundly Jewish family, he always nurtured a strong faith and sense of closeness, “a tribal sense,” as he described it in an interview with the New Yorker.

During the early years of his career, the Columbia graduate used to write poetry and novels, trying, as one of his characters says, to change the world by making his readers feel something.

“There is a crack in everything,
That’s how the light gets in.”

No matter if it was love, sorrow, earning, faith or awareness of the human condition, Cohen’s lyrics have a tendency to make the listener feel. The singer never managed to enter the Top 40 club with any of his songs, but he did create a niche with his verses.

One of the first songs to attract the attention of the public was Suzanne, a love song dedicated to all the women in his life. His cavernous voice, gentleman attire, and slender built combined perfectly with the slight eroticism of his lyrics conquering the hearts of all women.

Even though he has a playboy reputation, the Canadian artist declared that he spent most his nights alone after his Nordic muse died.

Like a fine French wine, Cohen got better with age as his songs started to appeal more to the general public when his voice started developing a slight tremor, making “I’m your man” a song of unrequited love sprinkled with sorrow and the nix bitterness of old age.

After the official announcement of his death, writers, singers, and even politicians tweeted their sympathies for the man’s family.

Cohen was a man of talent, but just like all literary geniuses, he based his work not only on intuition but also on hard work. “Hallelujah,” his masterpiece, took over five years to write. The final product made such an impact that over 300 artists tried to cover it and countless critics sought to decipher it.

“I did my best, it wasn’t much

I couldn’t feel, so I tried to touch

I’ve told the truth, I didn’t come here to fool you

And even though it all went wrong

I’ll Stand before the Lord of Song

With nothing on my tongue but Hallelujah.”

Now that Leonard Cohen passed away, let us hope that the Lord of Song will embrace him and his talent.

As for us, we didn’t want it darker, but we will try to keep his memory alive as Leonard Cohen managed to fulfill his goal of touching the soul of every single one of his fans. Let’s hope he will be traveling light.