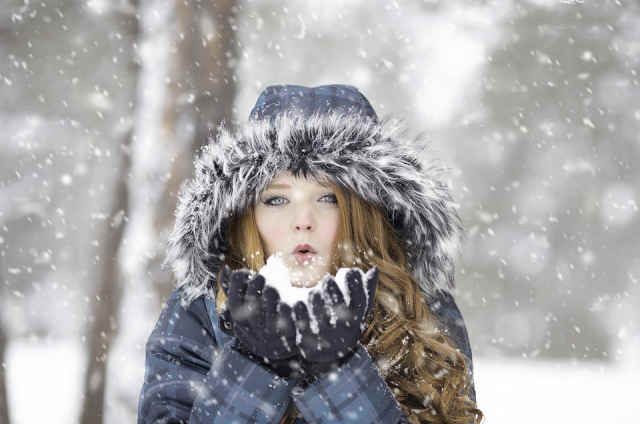 A recent study has found that keeping your body warm during winter days could help you stay cold-free. Researchers at Yale University found that the immune system is more effective in fighting cold viruses and bacteria when you wrap up properly.

The study also revealed that while the body needs a constant temperature of 37C in cold weather, the nose needs to stay above 33C. Scientists recommend using a scarf in winter to help keep nose warm and dodge a cold.

The latest research confirms what mothers and grandmothers have told us so many times: don’t forget your cap or make sure you put on a warm coat in winter to fend off flu. Additionally, even going out with your hair still wet could guarantee catching a cold.

It is the first time a study confirms what mothers and grandmothers have known for generations: that somehow not getting chilly could prevent you from catching that nasty cold. The research shows that sneezes and coughs, which are the immune system’s natural response to viral attacks, appear when body temperature’s sinks below 37C.

The findings challenge previous belief that we catch colds in winter because we spend more time indoors in stuffy places where viruses can spread quickly.

For the latest research, scientists focused on a common type of cold virus – the rhinovirus. The team were curious to learn whether the virus’ ability to survive and breed was influenced by the human body’s temperature.

The research revealed that a immune response which destroys infected cells is triggered faster when the body is kept at 37C or 99F than at lower temperatures.

Researchers also found that a second type of immune response, which wipes out virus genes, also kicked in earlier when the body temperature was kept at 37C. The findings are consistent with earlier research from the same team which had found that the protein that prevents cold viruses from spreading was unable to do its job properly at lower temperatures.

Akiko Iwasaki, one of the study authors, noted that two major natural defense mechanisms work better at 37C. Iwasaki added that body temperature is crucial in activating anti-viral defenses which influence how bad the cold would be.

Researchers also recommend using a scarf in winter to help keep the nose’s temperature above 33C and thus stave off  colds.

The study was published this week in the Proceedings of the National Academy of Sciences.