You are here: Home / Health / Why Sex is Scary for Most People 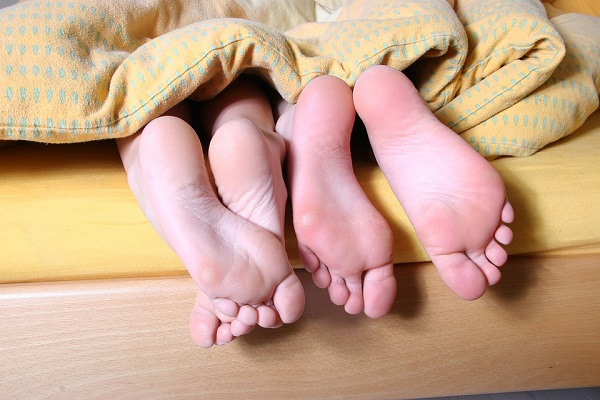 A recent survey conducted by “Superdrug Online Doctor” created a top 10 list of the universal sex worries. The results showed that men and women have different fears when it comes to getting intimate behind bedroom doors. Sex is scary for most people, sometimes because one partner doesn’t trust the other, other times because people aren’t confident in their abilities.

According to the survey, 7 out of 10 people are terrified of the thought of having sex with a person suffering from an STD.

This fear is not unfounded. The CDC reported that since 2014, the number of people infected with STDs and UTIs increased exponentially. Individuals with ages between 15 and 24 are most at risk to develop a sexually transmitted disease because they are the most reckless.

When used correctly, condoms have a 98 percent success rate at preventing STD infestation and unplanned pregnancies.

Both men and women fear the possibility of the condom breaking. Fortunately, according to the researchers, only 0.4 percent of condoms break during sexual intercourse. This translates into four broken condoms in 1,000 uses.

A considerable amount of people fears that their partner will not be attracted to them once they lose their clothes. This problem, in particular, is fueled by society’s current standards. People see a certain body image being promoted in magazines, and then they feel ashamed when they don’t rise to the standards.

Jenn Mann, a relationship expert, advises that those who are not comfortable with the idea of getting naked should get undressed in front of a mirror and get accustomed to their own bodies.

Sex experts blame the complex anatomy of the females for this particular issue. Their solution is communication. Those who feel like the pleasure levels are not equal can talk to their problem to find the source of the pleasure inequality.

This particular fear is the easiest one to overcome. The solution is to simply ask the partner if he or she is pleased with the performance. If the answer is no, then both partners should seek a solution and try and experiment as much as possible.

The majority of individuals feel awkward after getting intimate with another person. Psychologists have attributed this sensation to the fact that the experience is too intense sometimes, making people ashamed of the fact that they felt very good.

Moreover, the subject is still considered somewhat taboo. As long as people don’t see it as a normal thing, there will always be a lingering guilt feeling at the bottom of their heart.

Susan Block, a sex therapist, states that “sex should be a comedy, not a tragedy.” In the case in which an unplanned bodily function occurs, the best way to handle the situation is to laugh it off.

According to the survey, a significant portion of the female respondents were afraid that their partner will ask them to do something they will not agree with.

The answer for this problem, as with others on the list is communication. If a partner proposes something uncomfortable, just tell him or her that you’re not ok with it.

Inexperience, as the fear of not being good enough in bed, can be easily treated with communication.