You are here: Home / Health / Walnuts And a Healthy Diet Could Prevent Physical Impairment 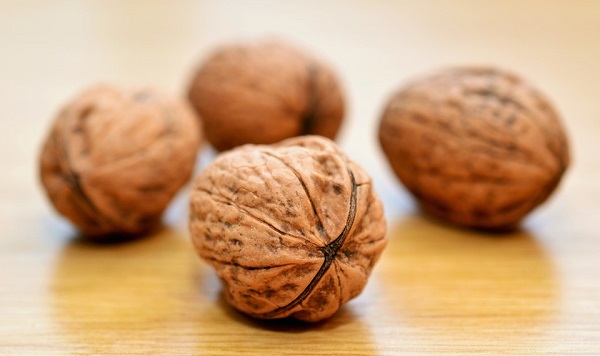 According to a new research, eating 1-2 servings of walnuts each week leads to a reduced risk of impairments in physical function, something of importance especially among the older demographic.

Published in the Journal of Nutrition, the study evaluated the results based on servings of 1/4 cup of walnuts, and it found that older people were able to maintain independence for a longer time in the aging process.

However, the authors highlighted the fact that reducing the risk of physical impairments has to do more with overall diet quality, rather than individual foods. In particular, the researchers noted these factors were helpful:

As far as food components are concerned, the best results were recorded when the participants increased their intake of walnuts, pears, apples, oranges, orange juice, and romaine or leaf lettuce.

Dr. Francine Grodstein, ScD, professor of medicine at Harvard Medical School, commented on the study saying, “There’s a lot of research that looks at specific health conditions in ageing, such as diabetes and heart disease, but less attention to research on quality of life and ability to maintain independence with ageing.”

This study’s conclusions showed that eating a healthy diet – including walnuts and other foods – could aid aging people in maintaining their ability to do simple everyday tasks, such as dressing themselves or carrying groceries.

Dr. Grodstein also added that further research is required so researchers and nutritionists can gain a better understanding of how lifestyle choices and following a hearty diet can help us maintain our health and well-being as we age.

What are some of the walnuts’ benefits? According to Naini Setalvad, nutritionist and health consultant, “walnuts are unique among nuts in that they are primarily composed of polyunsaturated fat (13 grams per ounce), which includes alpha-linolenic acid (ALA), the plant-based omega-3 fatty acid.”

The researchers looked at data collected in the Nurses’ Health Study where 54,762 women were tracked for over 30 years. Conducted between 1992 and 2008, the study gathered periodical information about the women’s physical function and their ability to perform basic daily activities.

In the subsequent study, researchers analyzed the link between particular dietary habits and deterioration of physical function.
Image Source: Pixabay