You are here: Home / Technology / Thieves Stole $16,000 Worth of iPhones from NYC Apple Store 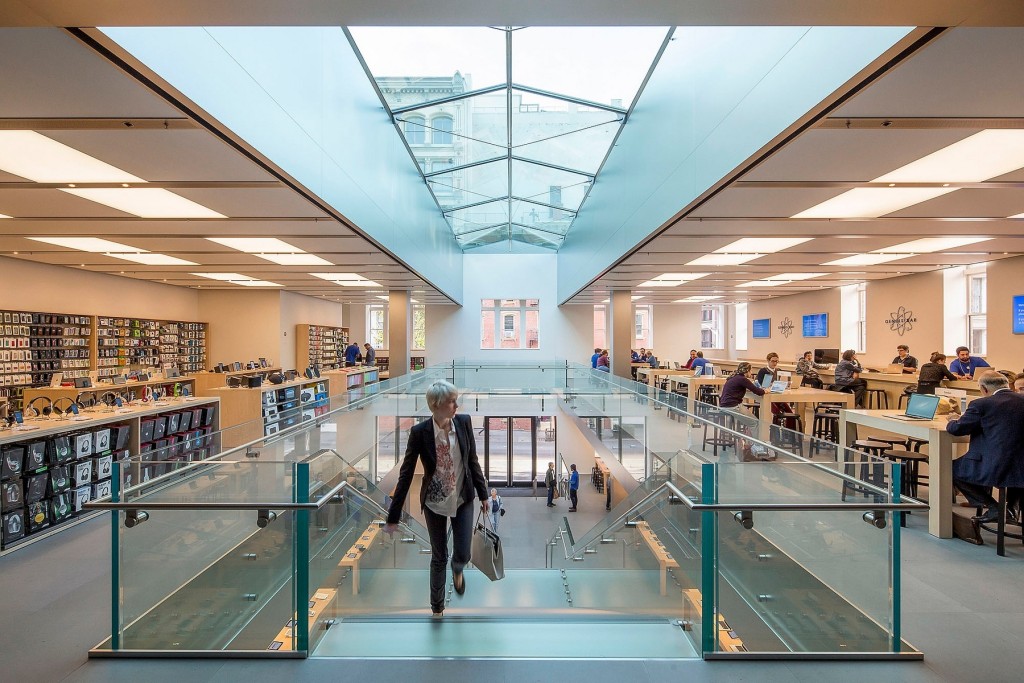 Over the years, Apple Stores in New York have been the target of a few robberies, but the latest heist at the company’s SoHo location might have been the easiest and most ironical.

The thieves managed to steal $16,000 worth of iPhones with a very simple modus operandi: they dressed as Apple employee look-alikes, entered the Apple store, took the devices and were gone in the blink of an eye.

According to the New York Police Department, a man wearing an outfit similar to the official Apple Store uniform arrived at the SoHo outlet on June 1; he spotted the shop’s storage drawers and quickly passed the boxes to an accomplice. After he hid the $16,130 worth of flagship iPhones under his shirt, the two were gone with the wind.

Snatching 19 handsets from one of the stores wouldn’t be of great importance if the heist wouldn’t be part of a broader picture. New York Post reported that another Apple Store, this time on the Upper West Side, had reported a similar theft last March.

Using the same technique, the thieves dressed in staff uniform hit the store twice in two months. They stole a whopping 67 iPhones, amounting to about $50,000 in losses for Apple.

The first heist took place back in February when a trio managed to steal eight iPhones. One of them, a woman, was dressed like an Apple employee; the first accomplice created a diversion to distract the legitimate personnel, and the second one acted as a lookout.

Same thieves hit the UWS location again in March when their booty was much bigger; they succeeded in stealing 59 iPhones in a duffel bag.

While it’s confusing to see Apple Stores keep being fooled by imposters posing as Apple employees, it might have to do something with the recent change in uniform code.

Angela Ahrendts, the one responsible for the retail unit, has unified the store dress code across all stores. Now it’s mandatory for all employees to wear the iconic blue T-shirt with the tiny white Apple logo.

Even though a degree of variation has been allowed (short sleeve or a long sleeve, depending on the season), the unified apparel definitely made it easy for the thieves to imitate the dark blue design.
Image Source: Peter Aaron