You are here: Home / World / Only Ten Nations Worldwide Are War-free, Report 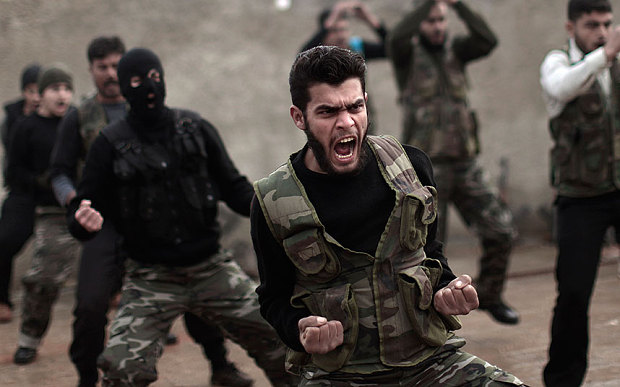 The 10th annual Global Peace Index has nothing but bad news to report. Distressingly, the violence rates in the world have increased and astoundingly, only ten nations are currently completely free from any form of conflict.

Most of the 10 violence-free countries are small and have relatively small populations. Thanks to the ongoing conflict in the Middle East, terrorist massacres, and the growing refugee exodus, 2016 is already significantly less peaceful than 2015 was.

Furthermore, the number of countries that are not involved in any internal or external conflicts has also dropped from the report in 2014. According to the authors Japan, Botswana, Uruguay, Switzerland, Qatar, Chile, Costa Rica, Mauritius, Panama, and Vietnam are the only countries currently free from conflict.

They made it on the list due to the fact that they don’t have any “military personnel in active duty in a war zone anywhere across the globe.” Compared to the last report, Brazil is the only one missing from the list, as the nation tries to deal with the Zika virus while also hosting the Olympics.

The statistics presented by the index show that 39 countries have experienced increased political instability in the last 12 months, including the “striking case” of Brazil.

Falling five places to 105th (out of the total of 163 countries in the study), Brazil’s case was particularly highlighted due to the increase in incarcerated people, the number of security officers deployed, and a slight growth in terrorist activity.

Steve Killelea, founder of the Institute for Economics and Peace (IEP), said in a statement that, “If we look at the world overall, it has become slightly less peaceful in the last 12 months.”

Killelea explained that there’s one problem that impacts the overall levels of violence in the world, and it’s called the Middle East. “If we took the Middle East out of the index– and last year – the world would have become more peaceful,” he said.

If you’re wondering, Iceland has preserved its status as the world’s most peaceful country, closely followed by Austria, Denmark, New Zealand and Portugal.

Syria is on the other end of the spectrum, named again as the least peaceful country, which is not a surprise seeing the civil war continues to rage there for several years, displacing millions of people and killing hundreds of thousands.
Image Source: Telegraph.co.uk