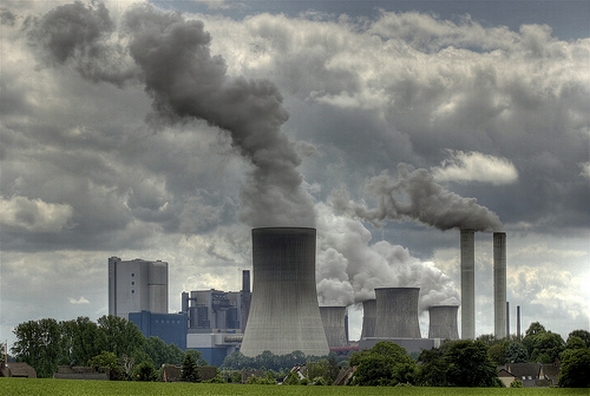 After analyzing ten years of data, scientists at NASA have identified 39 massive sources of man-made pollution that had never been reported before. Their discoveries could have a significant impact on current air quality regulations.

The U.S. Environmental Protection Agency has heavily regulated human-made sources of toxic sulfur dioxide (SO2) emissions due to the fact that they contribute greatly to acid rain and pose a major health hazard.

Senior study author, Chris McLinden, an atmospheric scientist with Environment and Climate Change Canada, Toronto, explained that the new data makes up roughly 12 percent of all SO2 man-made emissions – a worrying figure that could have a great impact on air quality.

Using new data analysis methods, the research team studied images taken by the satellite between 2005 and 2014; wind methods, such as strength and direction, were used to establish the effect of the new SO2 sources, as well as how the sulfur dioxide is diluted and dispersed by wind phenomena.

“We now have an independent measurement of these emission sources that does not rely on what was known or thought known. When you look at a satellite picture of sulfur dioxide, you end up with it appearing as hotspots – bull’s-eyes, in effect – which makes the estimates of emissions easier,” McLinden said.

Overall, the satellite data revealed 114 previously-unreported sources of sulfur dioxide, but the countries where the 39 man-made sources were detected include Mexico, Middle East and many areas in Russia – mainly areas where power plants that use coal, oil, and gas are located.

“Generally, these previously unreported sources tended to pop up in more developing types of nations,” explained Dr. McLinden, “where perhaps their legal requirements for reporting are not as rigorous as what we might be used to in the U.S and Canada, for example.”

According to the team, the new techniques and findings could be the basis for detecting future sulfur emissions, enabling environmental agencies to push further on tackling the issue.

“We anticipate that our inventory will help eliminate gaps in bottom-up inventories, independent of geopolitical borders and source types.”
Image Source: Media Matters