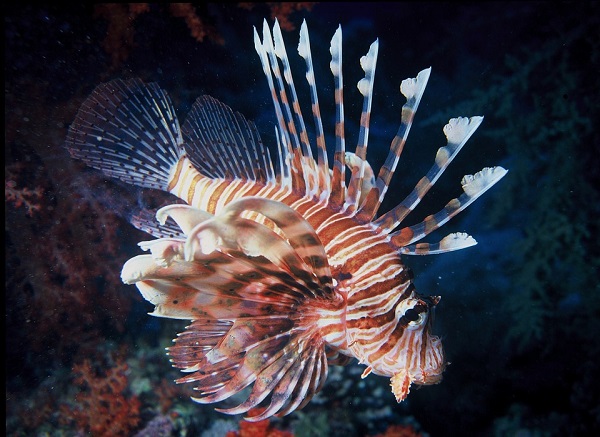 Scientists are worried that if something doesn’t change in the near future, this lionfish species that has invaded the Mediterranean Sea will completely unbalance the region’s ecosystems.

British researchers from the Plymouth University discovered that a venomous species of predators have taken over the waters near Cyprus, an invasion that was caused by the widening and deepening of the Suez Canal, as well as the rising sea temperatures.

According to Jason Hall-Spencer, a professor in the department of marine biology at the University of Plymouth, said that study co-author Demetris Kletou was the one who made the alarming discovery that the lionfish were invading the waters off the coast of Cyprus.

Seeing that this is the first paper to assess the colony of lionfish in the area, the ecological impact remains largely unknown. However, Prof Jason Hall-Spencer suggests that the invasion is stopped now before it does more damage.

Previous researchers had assessed the Mediterranean waters to have been too cold for the survival of this species. However, manmade climate change has caused the sea temperatures to rise, which, in turn, made the sea just right for the lionfish.

The Suez Canal with its increasing deepening and widening also had a role in the invasion; previously, the canal’s high salt regions acted as obstacles for the transport of species.

Lionfish have also invaded the Caribbean water, heightening the ecological concerns about the Mediterranean’s ecosystem. The main problem is that the carnivorous lionfish eat the small herbivorous fish, messing up the levels of keep algae and seaweed.

There’s a difference, however, between the two invasions, according to Hall-Spencer. In the Mediterranean, a prompt response could still rid the area of the lionfish.

In the case of the Caribbean colony, the population has reached uncontrollable numbers, but the couple dozen of lionfish spotted near Cyprus could be eliminated before the problem gets out of hand.

“If there’s a concerted effort made now, over the next month or so, we could probably stop this environmental problem from getting out of control,” he added.