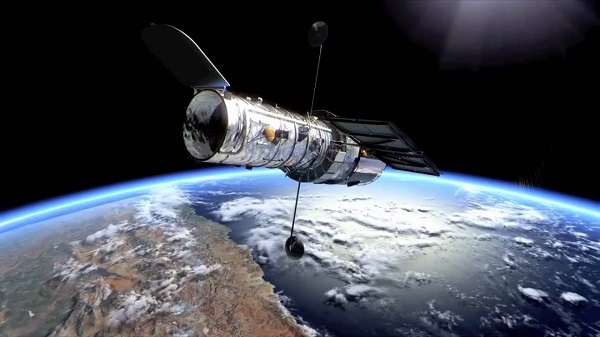 NASA’s Hubble Telescope is nowhere near the end of its space journey. What was thought to be a 15-year mission back in 1990 when the spacecraft was launched into space extended into more than any astronomer could hope for.

It’s been 26 years since The Hubble has traveled across unknown worlds, snapping some of the greatest images of the universe we have today. This week, the telescope’s current research contract has been prolonged with five more years, as NASA hopes to keep it up and running until the early years of next decade.

The Hubble Telescope has been responsible for a lot of the space discoveries we have witnessed for the past two decades, and under the new deal, the program of the Hubble mission will continue to process and send many more space captures in the years to come.

It’s a rather exciting new phase of the mission, as the contract also includes almost $200 million in funds, raising the amount the Space Telescope Science Institute has received for Hubble’s journey to more than $2 billion.

According to NASA’s press release on the matter, the new contract extension is enough to keep the STSI’s science program of the Hubble mission operating for a few more years.

Previous reports had suggested that, from now on, NASA’s attention will be focused on the newer, better, and significantly more capable James Webb Space Telescope. If everything goes according to plan, the more powerful telescope is will be launched in 2018.

In spite of the fact that The Hubble’s last upgrade was installed in 2009, the telescope is stubbornly still making discoveries that surprise NASA’s scientists. Only a few months ago, the old spacecraft spotted the farthest galaxy we’ve ever seen from Earth, proving that it still has some life left in it.

With the codename GN-z11, the new galaxy is some 13.4 billion light-years away from our planet and has begun forming very close to the beginning of the universe.
Image Source: YouTube