You are here: Home / Technology / Blocks: World’s First Modular Smartwatch Up For Preorder 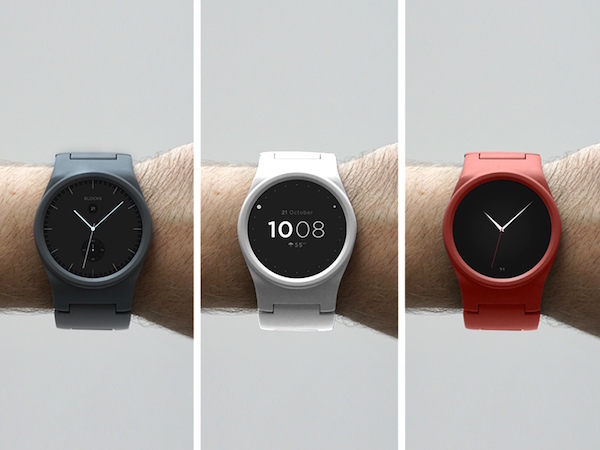 Some believe virtual reality is the next step after smartphones while others put their hopes into modular devices. And speaking of the latter, there’s a new modular smartwatch on the market.

With an impressive Kickstarter run of $1.6 million, Blocks was a smash hit even before it was produced; now, it’s up for pre-order. Blocks is proudly the world’s first modular smartwatch and even though Blocks Wearables will ship it only this fall, the company has already opened up preorders for the gadget.

“Two and a half years ago, we started with an idea. An idea to make smartwatches infinitely customizable, open and upgradeable. Thousands of hours later, with the help of hundreds of people from all around the world, the world’s first modular smartwatch is here,” wrote the company about the creative process behind Blocks.

The preorders for the modular smartwatch were officially opened on Thursday, June 9; however, shipping will not begin until September 2016. Why?

According to the company, the “factory-ready devices” still have to go through the final testing phase before Blocks Wearables starts mass production.

For those unfamiliar with the situation of the modular smartwatch, you should know this is the second time the company is opening preorders; the first time was in November 2015, but it couldn’t meet its May 2016 delivery deadline.

Therefore, almost 5,500 orders still have to be fulfilled from the original Kickstarter campaign. The watch costs $330, plus the cost of shipping. For the $330, the user can choose any four modules for the wearable.

The Blocks device has a frame made of stainless steel and a round display. Unfortunately, there are not a lot of options when it comes to the module options available: there’s a flashlight, battery module, a GPS unit, heart rate monitor, special adventure module, and a programmable button.

Blocks Wearables hopes to add to the six initial modules so consumers will have more to choose from; the plans include add-ons for gesture control, fingerprint authentication, and body temperature as quickly as possible.

Surprisingly, the wearable deploys an open-source approach, so third-party developers will also be able to make their own modules. A Blocks wearable is made up of four modules and a “Core” (or a watch face unit) that makes the strap.

Head over to the company’s website to preorder Blocks.
Image Source: Crowdfund Insider