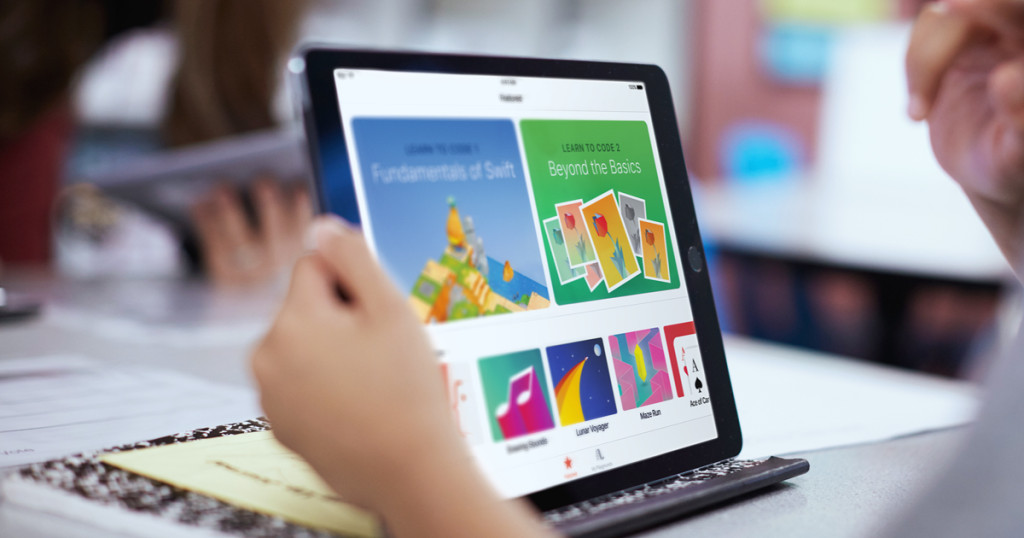 Apple hopes to inspire both children and novice developers to learn Apple’s Swift developer language. For this reason, the company launched the application Swift Playgrounds at WWDC 2016.

Learning to code – whether in Swift or other programming languages – can help the next generation secure job prospects in a short-staffed market. If you can write an app in Swift, you’ll see doors opening not just through the App Store but also in a well-paid industry.

Craig Federighi, Apple’s senior vice president of software engineering said that “Swift Playgrounds is the only app of its kind that is both easy enough for students and beginners, yet powerful enough to write real code.”

The app can be an innovative way for your kid to understand real coding concepts through fun methods and gain the skills they need to express their creativity.

Apple CEO Tim Cook, present at the conference, said the company relies on the developers’ creative contributions to keep their leading position, and if this momentum must be sustained far into the future, then fresh talent needs to be recruited while young.

This is the context for Apple’s attempt of making programming easier and more accessible – especially when it comes to its own coding language. Swift Playgrounds could very well be a way to catch the interest of future developers at the early stages.

However, this is not Apple’s first dive into the education market. The tech giant already has a strong presence with deals placing iPads in the classroom. Adding to the mix a tailored app for programming could also be appealing to schools.

Maybe the most important advantage of introducing children to the OS X and iOS operating systems is that it may help Apple snag a wider consumer base. These children are more likely to buy Apple products when they grow older rather than turn to rival devices offered by Google or Samsung.

You can download the app today via the iOS 10 developer preview platform. While Swift Playgrounds will go into public beta in July, the final version will be launched in the App Store only in the fall.
Image Source: Apple