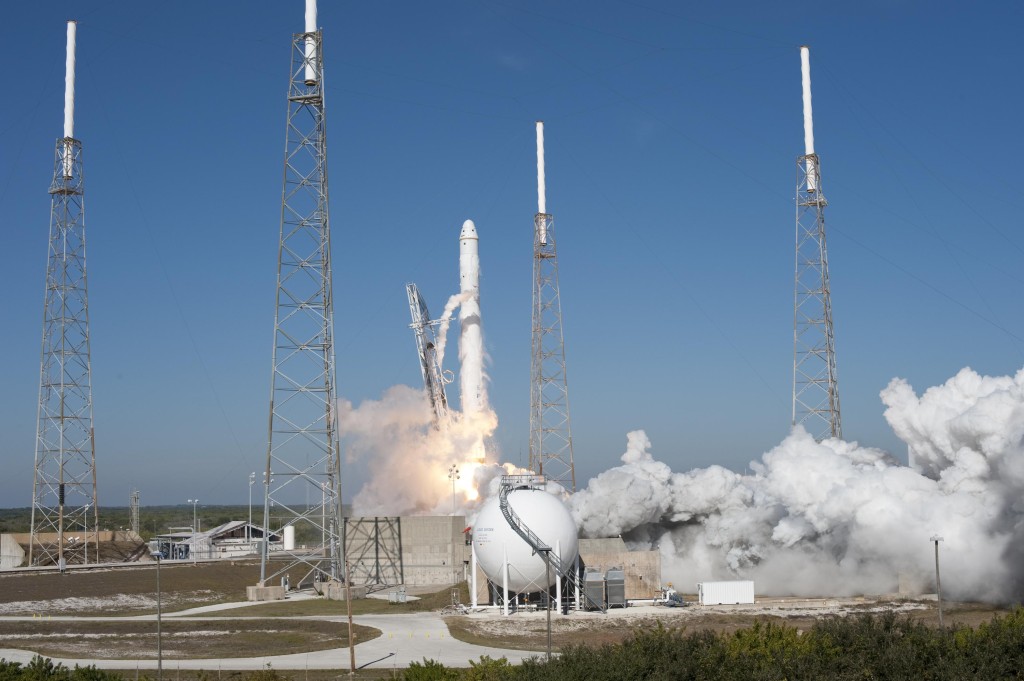 The SpaceX Falcon 9 multistage rocket was launched from the Cape Canaveral Air Force Station launch pad in Florida May 6 at 1:21 a.m. EDT. SpaceX has broadcast the event live on webcast.

Today’s liftoff was the company’s fourth since the beginning of the year.

It is the second time the spaceflight company manages to carry out a successful soft landing of a Falcon 9 booster. The firm is pioneering this method in an effort to trim spaceflight costs through rocket reusability.

Musk tweeted that the company may soon need a larger storage hangar for its recovered rockets.

SpaceX also got the JCSAT-14 Japanese communications satellite into a geostationary orbit on behalf of Asia’s top satellite operator, SKY Perfect JSAT. According to the video, after 32 minutes since the launch, the Falcon 9 second stage spacecraft no longer needed the upper stage and was deployed into orbit.

The latest satellite, which was produced by Space Systems/Loral for SKY Perfect JSAT Corp/, is designed to replace another satellite that covers Asia, the Pacific Islands, Oceania, and Russia.

But SpaceX members were especially thrilled with the successful soft landing of the booster on the drone ship dubbed “Of Course I Still Love You.”

Before the launch, the team said that the chances to recover the rocket were minimal due to the spacecraft’s route which subjected the booster to “extreme velocities and re-entry heating.”

Musk had explained that the reentry would be hotter and quicker than last month’s. But despite the pessimism around today’s landing, the endeavor was a success.

So, SpaceX is now on the fast track to fulfill its long time goal off slashing rocket launch costs by recovering intact rocket parts and reuse them later. As of now, a single launch costs between $100 million and $260 million.