You are here: Home / Tech & Science / Do You Know Schrödinger’s Cat? Now There’s Two of Them 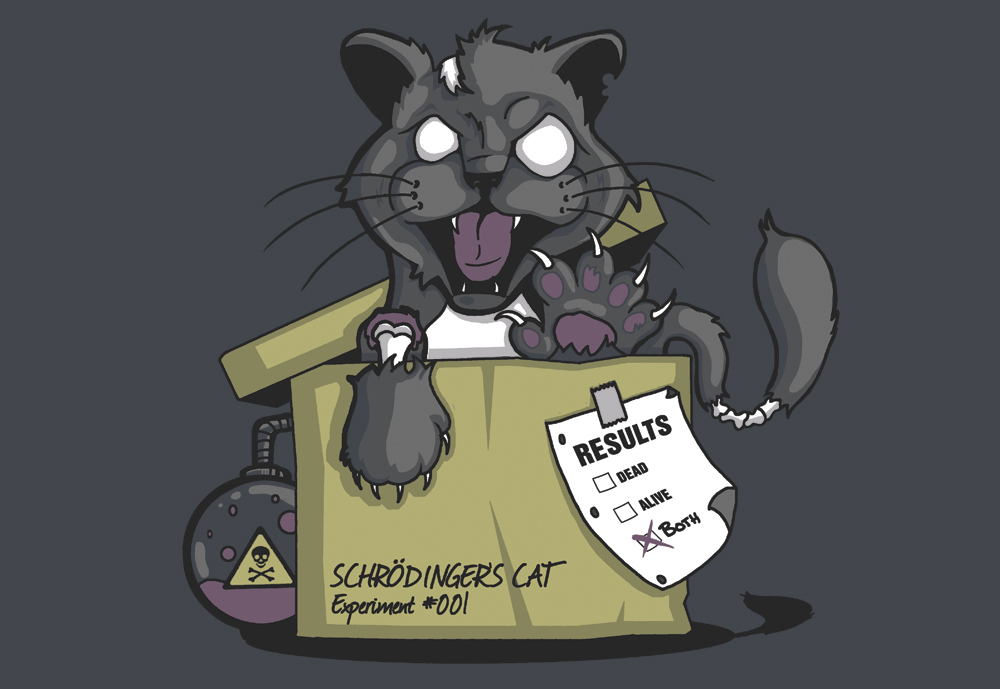 Many of us have heard of Schrödinger’s cat, but unless you’re a philosopher, a scientist or a liar, then you probably never understood the concept.

An Austrian physicist, Erwin Schrödinger is the one who first thought of the idea in an attempt to illustrate quantum mechanics and their mind-bending nature. This thought experiment was meant to bring the notion in our world, which would enable the cat in the box to be both dead and alive at the same time.

But as most still struggle with the original illustration, scientists have added another box. And another cat. And because the first cat can be dead and alive simultaneously in the first box, so can the second cat in the second box. Does this make any sense to you?

Here’s the premise: The experiment involves a cat sitting in a box with a poison, but the poison will only become active upon the decay of a radioactive subatomic particle.

According to the principals of quantum mechanics – and particularly the theory of “superposition” – these particles exist in all possible states, all at the same time. But the moment someone takes a measurement, the particle falls into just one of the states.

In other words, the particles could be decaying and not decaying, both at the same time. Consequently, the poison is being released – and not released – simultaneously. And so the cat in the thought experiment is both dead and alive.

Until the box is opened, of course, and the one who opened it observes the state of the cat. At that moment, the cat can’t be both things at once. Did the explanation lose you? Well, the illustration got even more complicated.

A team of researchers has added the concept of “entanglement,” which claims that two objects can be intimately linked, no matter the distance between them. When change is imposed on one of them, the other will also feel it simultaneously, even if billions of light-years separate them.

This relationship, which Einstein once named “spooky action at a distance,” simply means that the cat has a twin in another box. The new experiment holds an important application as quantum mechanics can be used in the realm of computing.

More than 99 percent of computation deals with correction of errors, rather than computation itself, but with the new expansion of Schrödinger’s cat paradox, these computational systems could be made far more robust.
Image Source: The Life of PSI