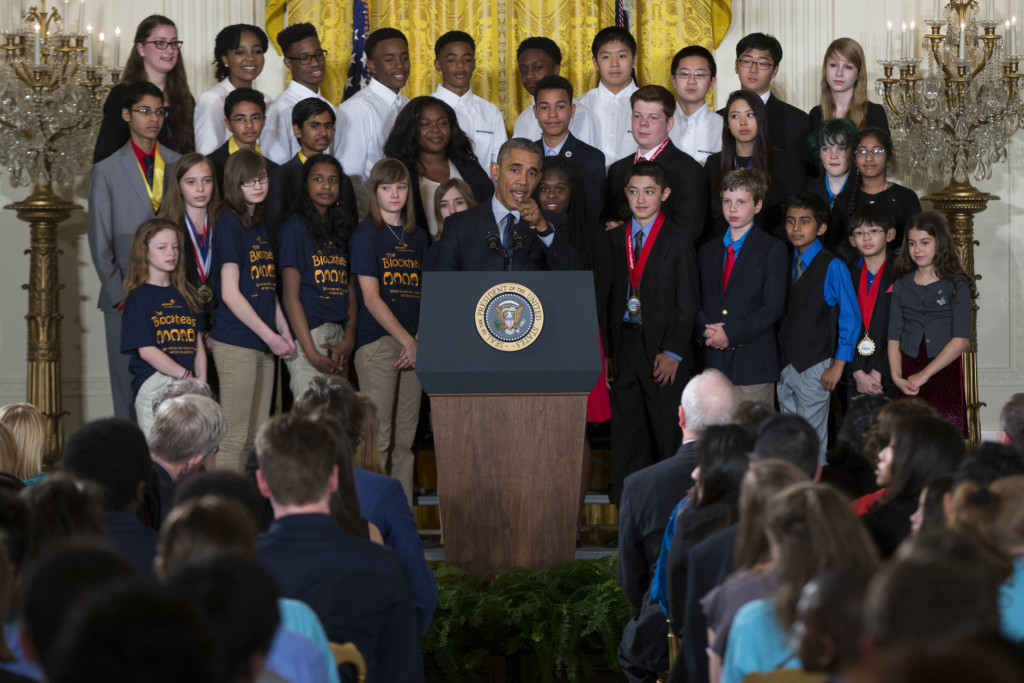 President Barack Obama speaks during the 2016 White House Science Fair, Wednesday, April 13, 2016, in the East Room of the White House in Washington.

The President presented the initiative as a way to give child scientists and young innovators around the nation an opportunity to have their ideas heard. He believes they could have a useful input on the future of science.

The White House wants to open its ears to the solutions these kids could have for the big challenges of the century – strategy to slow down climate change, cancer cure ideas or inventive technologies that would make our lives easier.

At its origins, the idea for the kid scientist advisory panel was inspired by the meeting between President Obama and 9-year-old Jacob Leggette. With the help of a 3D printer, Leggette was able to create interesting things, like a bubble-blowing wand and a miniature model of the White House.

The boy’s chance of meeting the Presidents was offered by the 6th White House Science Fair in April, when he was able to show off his creations; other kids were present at the event, such as a 14-year-old with an impressive ocean-energy probe.

When Leggette met the President, he asked him what he thinks of having kids as scientific advisors. The idea suited the U.S. leader, so he made plans to create a kid advisory panel; children impassioned by science could share their ideas on for the field of science and technology.

While the  Kid Science Advisors panel could be a place to share and create, it could also offer the possibility of inspiring other children to take up an interest in science, technology, engineering, and math (STEM).

From the beginning of his first time, Obama has been a fierce advocate of involving kids in the fields of tech and science. After all, he’d say, “the future of America lies in the hands of breakthrough inventions and advances that students can come up with.”

The project has already been started, so kids who want to sign up can fill out the survey form available on the White House official website. Submission of forms is allowed until June 17.
Image Source: WTOP