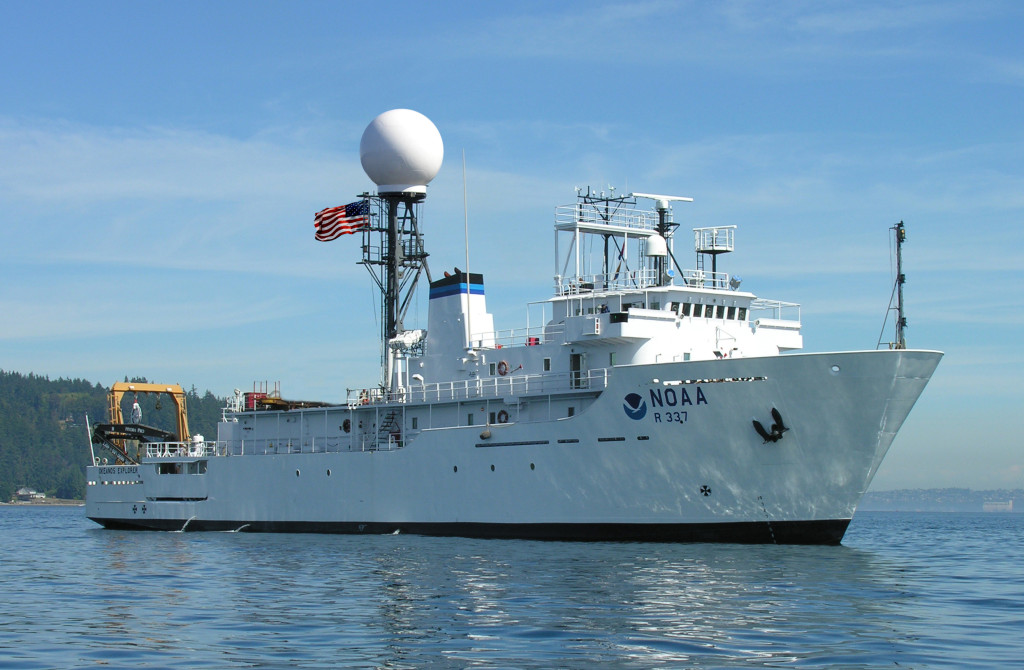 The National Oceanic and Atmospheric Administration’s (NOAA’s) exploratory vessel, Okeanos Explorer, and its remotely operated vehicle (ROV) dubbed the Deep Discoverer have just made a stunning discovery: a surreal jelly fish that is like nothing we have seen before.

The bizarre creature was spotted at a 2.3-mile depth in the world’s deepest submerged trench called the Enigma Seamount which is located west of the Mariana Trench. The jellyfish looks so weird that it almost looks like it was photoshopped. Scientists, however, reassure us that the critter is real.

The whole world was able to see the animal during a live stream. Researchers suspect that the jelly may belong to the genus Crossota since it doesn’t have a polyp phase when it develops. It just drifts from birth to death.

The research team explained that the posture in the first part of the video suggests that the jelly was ready to attack. Crossota jellies expand their tentacles and wait for a prey to bump into them. Scientists believe that the bright bulbs may be the animal’s gonads which are tied to one another through the red canals.

Okeanos Explorer will comb the ocean floor around Mariana Trench Marine National Monument and Northern Mariana Islands for about nine weeks. Researchers expect other unseen creatures to be discovered in the process.

According to a recent study, there are about 1 trillion distinct species on Earth and we could only identify about 10 million. So, 99.999 percent still remain unexplored. The NOAA’s submersible will map the ocean floor and look for subduction zones, hydrothermal vents, deep-sea volcanoes, deep-sea creatures and many more in the Mariana Trench.

The team has discovered other bizarre-looking tenants of the famed trench including a harp sponge, a weird-looking dumboish octopus, and huge colonies of amoeba Gromia sphaerica on the ocean floor in Enigma Seamount.

You can keep an eye on the daily explorations on NOAA’s website where you can find daily updates and associated content. You can also watch the live streaming on the site. Yet, be wary that ROV dives are on the other side of the planet so expect large differences between their hours and the US daytime hours. NOAA said that the live-feed will start around 4:30 p.m. and end around 12:30 a.m. Eastern Time every day through July 10.