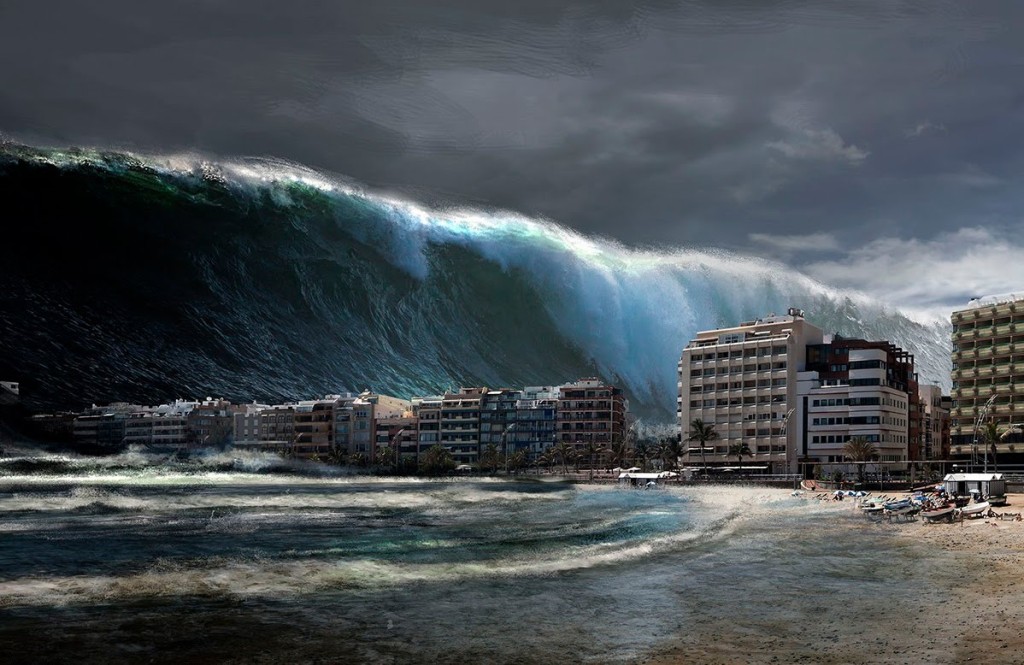 Experts believe that a mega-earthquake in the Aleutian Islands could generate a tsunami and wipe the Hawaiian coast. But don’t panic yet – the giant wave is expected sometime in the following 50 years.

A team of researchers from the University of Hawaii at Manoa reported that there is a small – but still probable – risk that devastation might hit Hawaii during the super damaging tsunami.

Over 300,000 Hawaiian residents would be affected and the damages could raise to billions of dollars.

According to their models, the likelihood of that happening is 9 percent, so you can breathe with more ease knowing that you have more chances of dying because of self-harm that because of a cataclysmic wave.

The study, featured in the Journal of Geophysical Research-Solid Earth, shows there is a possibility that a magnitude-9.0 earthquake in the Aleutian Islands could cause a devastating tsunami.

Rhett Butler (not the leading male character from Gone with the Wind), senior author of the study, explained that such events are extremely rare. But in spite of their low probability, there is still a chance that’s worth taking into consideration.

“Having no recorded history of mega tsunamis in Hawaii, and given the tsunami threat to Hawaii, we devised a model for Magnitude 9 earthquake rates following upon the insightful work of David Burbidge and others,” Butler explained.

Similarly, Neil Frazer, professor of geology and geophysics at UH-Manoa and co-author of the study, stated that Hawaii has all the rights to be concerned about earthquakes and tsunamis from the Aleutian Islands. More than that, he believes this quake is very close, so the population has little time to evacuate.

If there would be an earthquake-generated tsunami, the residents in Hawaii would have some four hours to evacuate for safety, according to researchers. They also emphasized that their study is not meant to inspire fear, but to give the Hawaiian authorities time to prepare a proper evacuation.

Meanwhile, Hawaii celebrated in April a “Tsunami Awareness Month.” The state officials launched initiatives that shared information with the public about the science of tsunamis, as well as tips on how the people can prepare for a tsunami.
Image Source: YouTube