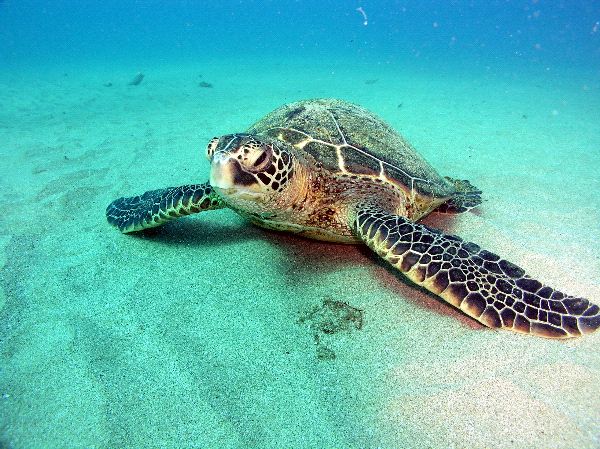 We finally have some good news regarding the status of some green sea turtles found in the U.S. and Mexico.

According to the U.S. Fish & Wildlife Service (USFWS) and the National Marine Fisheries Service (NOAA), they’re no longer endangered, and have been bumped to a ‘threatened’ status. The information was made public on the USFWS’ website on April 5, 2016.

In the blog post, the agency said the status change was prompted by the successful conservation efforts carried out by various wild life preservation organizations around the globe. It was also important that law enforcers took their job seriously.

The species were divided in 11 segments, 3 of which still maintain their endangered status. The other 8 will be changed to threatened, as the separation allows specialists to monitor the turtles’ development and to come up with better conservation strategies.

When USFWS considers a species endangered, it means that wildlife is almost extinct. It is the second most alarming label topped only by critical endangered.

Even though the threatened status doesn’t mean the species is out of the woods, it is however the first step in the right direction.

According to Eileen Sobeck, assistant NOAA administrator for fisheries, this conservational success along the Pacific coast of Mexico should spur “further recovery strategies of green turtle populations around the world.”

But what are the factors that threaten sea turtle and how can the species be recovered? One of the most urgent problems these sea animals have to deal with is nets. Pound nets, gilnets, and fishery in general pose a great threat to them.

While nets are not meant for the turtles, they often get trapped and drown. Meanwhile, fishers – even those who play catch and release – are also a great danger to these creatures, as the fishing hooks can impair a turtle’s ability to swim, which eventually kills it.

But the list is much longer, including marine debris, artificially-generated light and sound, and other factors that force the animals to alter their behavior and stop surfacing to nesting areas.

And while we’re at nesting habits, there is also the problem of people who trespass into their territory, which inhibits the female turtles; they refuse to go inland and deposit their eggs if they’re being watched.

This conservation success might not seem like much, but the efforts’ results raise hope for many other species.
Image Source: Sea Turtle World