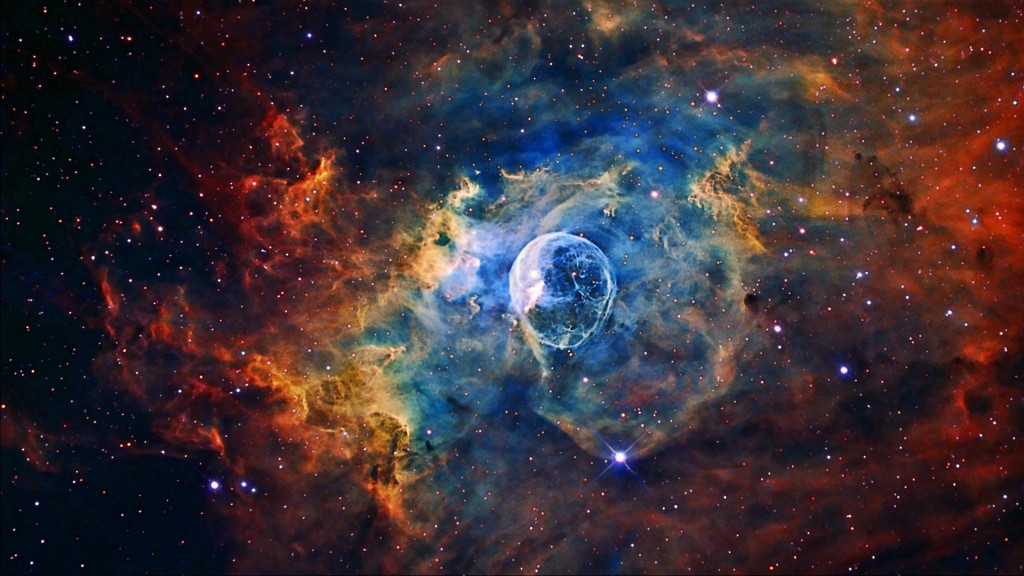 Happy 26th birthday, Hubble Space Telescope! To mark the occasion, scientists behind the Hubble project presented us with a breathtaking image of an enormous space balloon.

Researchers turned Hubble’s lens on the Bubble Nebula and captured the sharpest image of the phenomena we’ve seen so far. Zolt Levay, leader of the imaging team at the Space Telescope Science Institute, said that this particular nebula is always “a pretty spectacular target.”

During his impressive lifetime, the Hubble telescope has captured some very interesting images of the star formations and regions in space, like the Pillars of Creation. It also sent us many remarkable photos of supernovae and stars nearing the end of their existence.

According to Dr. Levay, the Bubble Nebula is “kind of in between,” something scientists rarely get to lay their eyes on. “A star blowing this bubble is uncommonly seen […] a very unusual landscape in space that is caused by a particular set of circumstances that we don’t see often.”

Located at about 7,000 light-years from Earth, the Bubble Nebula is seven light-years across. The bright star at the root of the cosmic show is roughly 45 times the size of our sun; because of its hot temperatures, the gas is spilled into space in the form of stellar wind.

In turn, the hot wind pushes out the interstellar gas surrounding the bright star, which causes the formation and expansion of the bubble we see in images.

Seeing that the star is a little off-kilter, it means that the gas bubble has expanded at different rates, caused by the varying densities around the celestial body.

Where the bubble is smaller, scientists hypothesize that the area is filled with denser gas. On the other side, the bubble was able to expand a lot farther because it met smaller resistance that would slow it down.

But it would not have been possible for us to have all of this information about a cosmic event happening 7,000 light-years away from Earth if not for the Hubble.

As Ann Jenkins puts it, “the information from Hubble has been used to rewrite science textbooks for 26 years now;” she is a senior science writer at the Space Telescope Science Institute.

Ever since it was launched into space on April 24, 1990, the Hubble Space Telescope has been the source of more than 1.2 million observations, allowing scientists to gain a deeper level of understanding about the universe.
Image Source: Aaspunjab