You are here: Home / Technology / The Dead Outnumber the Living on Facebook in 2098 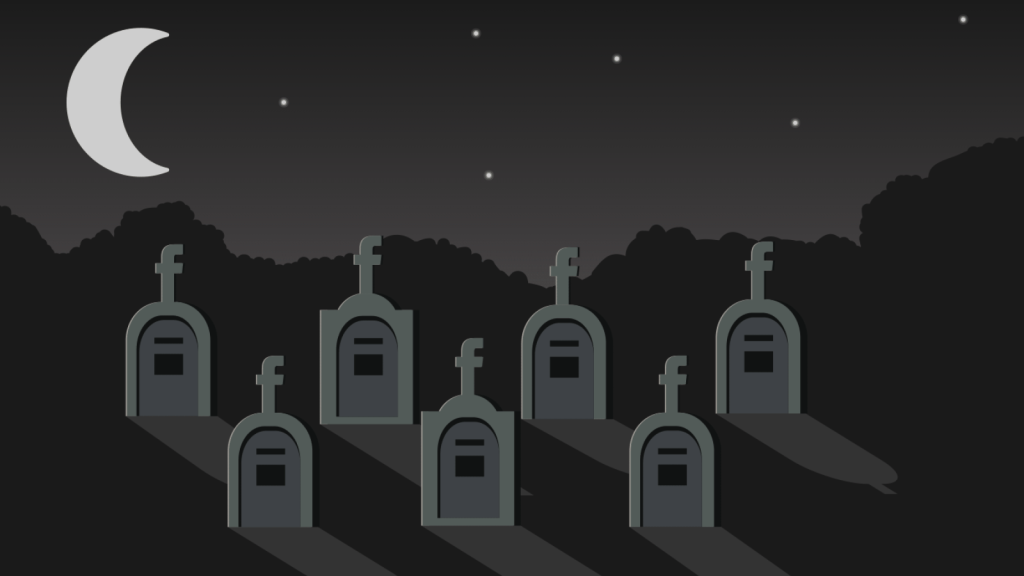 The year is 2098, and you find yourself bogged down by Facebook notification sent by deceased people, but it’s not a surprise anymore.

Researchers predict that the social networking giant is slowly but surely heading down a dark path: becoming the world’s largest virtual graveyard.

According to statisticians at the University of Massachusetts, Facebook will host more profiles of dead users than of living people.

The social network has passed the milestone of 1.5 billion active users worldwide, a number that’s only going to grow with time – if Facebook’s plans for bringing the internet to the entire world succeed.

As it was explained by statistician Hachem Sadikki from the University of Massachusetts, this peculiar phenomenon will happen because Facebook doesn’t want to delete the accounts of dead users, and instead turns them into “memorialized” versions.

“Memorializing” accounts is Facebook’s policy; the company has decided that when someone dies, their friends and families can still see memories of them on the platform and send comforting messages to the loved ones of the deceased.

But before the company’s drones and hot air balloons start beaming the Internet to the most remote corners of the globe, market analysts have noticed a plateauing membership of the site. Combining this with Facebook’s refusal to have an automatic deletion tool for dead will result in the living being outnumbered.

Sadikki said he worked out the figure by making the assumption that the growth that Facebook enjoys today will start slowing down sooner than we think. The Ph.D. statistician candidate also assumed that the social network won’t change its existing policy on handling dead users.

In the past, people have criticized Facebook’s policy regarding dead users, because it was unsettling – to say the least – to see photos of dead ones in “Year in Review” videos. In response, the social network fixed this issue in 2015, so memories you have with a deceased friend won’t show up in end-of-the-year videos.

Same thing happened with disturbing birthday alerts of dead users. Facebook’s reaction was allowing users to appoint a “Legacy Contact” before they die, a person that will be able to administer the page after a user passes away.

This Legacy Contact can write one last post, approve new friend requests, and update cover and profile photo. Facebook declined to comment on the data published by the University of Massachusetts.
Image Source: Fusion