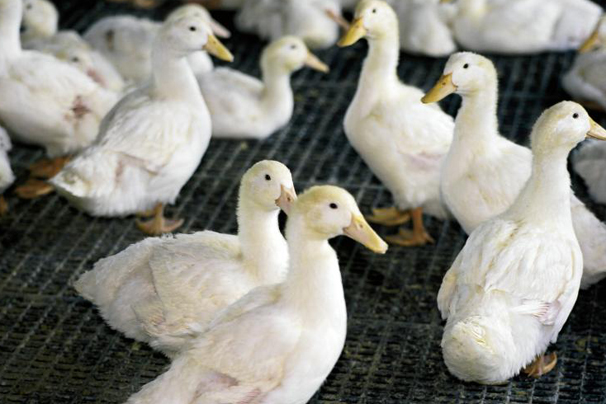 South Korean authorities are trying to contain a possible bird flu epidemic after the disease was found in ducks on a poultry farm near the city of Seoul, the nation’s capital.

According to Reuters, South Korea was declared free of bird flu a little over a month ago, after the last case of the contagious poultry disease was reported four months ago.

Experts say it’s the same strain as the one that decimated the duck population at the farm in November: H5N8. Back then, more than 11,500 ducks were killed on the farm, which is located eastward of Seoul, in the city of Icheon.

After its struggles with bird flu, South Korea was forced to stop exporting poultry to Hong Kong; however, after declaring itself free of the disease, the country had recently started exporting again. Naturally, the discovery of yet another case of bird flu comes as quite a blow to the farming industry.

According to the report, it’s not just bird flu that seems to plague the nation – South Korea also dealt with an outbreak of mouth and foot disease in pigs this January.

In an attempt of explaining the situation, the Centers for Disease Control and Prevention thinks there’s a possibility that that avian influenza of subtype H5N8 was introduced into South Korea back in 2014 likely through wild birds.

Soon, the disease spread to farms, causing such significant outbreaks that the concerned authorities seem to have trouble handling them effectively. Even as some related viruses were found in China, the CDC is quite confident bird flu did not spread beyond eastern Asia.

In fact, there was an isolated outbreak of the H5N8 strain in Germany that seems to be in relation to the South Korean outbreak.

According to a CDC study regarding the investigation of the Germany case, stopping the avian flu requires aggressive methods, such as “culling affected flocks, [which] has been effective in stopping further spread of this virus to other poultry farms.”

Despite not having found a definite route of introduction of the virus in Europe, researchers have excluded some methods: infected turkey eggs; contaminated feed, water, or litter; and persons or vehicles having contact with infected premises in East Asia or South Korea.

However, introduction by infected wild birds cannot be excluded, because “an internationally recognized site frequented by wild birds is near the affected turkey farm,” according to the CDC.
Image Source: My Indiana Home