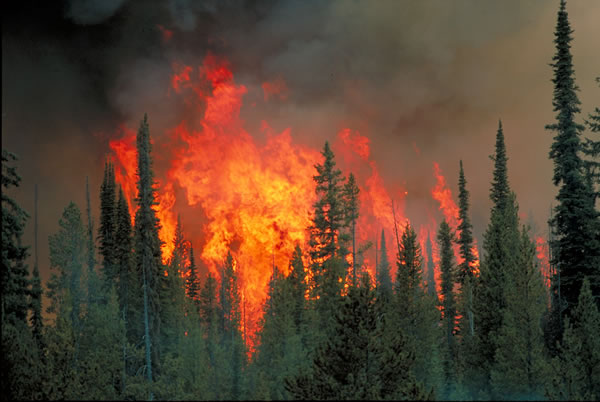 Thanks to climate change and dry conditions, forests have caught on fire, and one of the most prominent examples for the extraordinary situation is found in the Rocky Mountain forests.

After wildfires have broken out in them, the recovery of the thick, luxuriant green forests has been slow. A study featured in the journal Global Ecology and Biogeography found that dry conditions usually cause drought, particularly in the years after fires occurred.

These conditions are also the ones responsible for hampering the growth of post-fire seedlings, which leads to an even longer and more arduous reforestation process.

The fact that the burnt sites are far away from each other doesn’t help with the regeneration, as well as the inability of the replacing seedlings to have a fixed source.

But there’s valuable insight in the tragedy of the hot fires and the dry conditions that follow. Scientists believe we have an opportunity to catch a glimpse into the future of our planet, as the latest models prove that such scenarios will become more and more common in the coming times.

Lead study author Brian Harvey, a graduate of the University of Wisconsin-Madison, explains that forests are about to change drastically in the upcoming years.

After studying in the laboratory of Monica Turner, E.P. Odum Professor of Ecology and Vilas Research Professor of Zoology, Harvey started his postdoctoral at the University of Colorado Boulder.

However, simulations models also offer a ray of hope, as the trend of drought could be reversed via the reforestation process – if it wouldn’t be so painstakingly slow. After the fires, the climate starts to change, which means humans need to replete the forest flora before it’s too late.

Even though the Rocky Mountain forests have adapted to the fires erupting in them, they are not prepared for the kind of fire devastation that is projected in the future. Scientists expect that the recovery of forests will prove almost impossible in the dry and hot conditions.

For the study, researchers examined more than 184 sites where 11 wildfires had devastated the area between 1994 and 2003. Also part of the research, the team analyzed about 10,000 tree seedlings.

When fires are followed by drought, they set a new climate context in which forests experience a significantly slower recovery.

Survival of the forests is now ensured by the thousands of cone seeds that are spewed into the air when a fire breaks out. However, when the climate gets warmer and drier, the seeds will have a hard time surviving on a burned patch.
Image Source: USDA