You are here: Home / Technology / Microsoft and Linux Come Together Through Database Software SQL Server 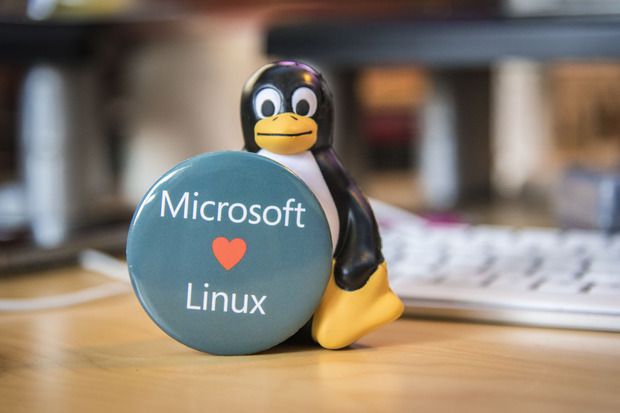 Almost a quarter of all the servers running on Microsoft’s Azure cloud service is based on Linux, the open source operating system. However, not much Microsoft software still runs on those Linux servers.

But according to a blog post written by Microsoft’s Scott Guthrie, there’s some change on the horizon. Brace yourselves, because businesses will soon run Microsoft’s database software SQL Server on Linux.

Or at least some of it will, as a spokesperson noted that Microsoft will start offering SQL Server’s core capabilities to the interested companies. Any addition components will depend on if there’s enough customer demand and the feedback is positive.

Even though the SQL Server’s code isn’t being open sourced, it’s still a big change for Microsoft to make it run-able on Linux. Microsoft’s Office package has been available for a long time on Mac, and more recently became accessible on Android and iOS, as well.

But for anything more than that, users were required to run Windows if they wanted to use Microsoft-related software. Only a handful of Microsoft applications run on Linux today, those that were purchased from other companies, like Wunderlist, Skype, and Revolution R Enterprise.

But in recent months, Microsoft has gradually warmed to the idea of offering support for its software on other platforms. In February, the company announced it was planning to acquire Xamarin, a company that builds cross-platform software.

Xamarin will develop a new version of Microsoft’s renowned .NET programming framework – a service that allows developers to use Microsoft’s C# programming language to create apps that run not just on Windows, but also on Linux and Apple’s operating systems.

Microsoft’s newfound love for Linux is somewhat surprising, seeing that their history isn’t that pretty. Back in 2001, Microsoft former CEO, Steve Ballmer called Linux a “cancer” in a statement that instantly became famous.

Then, in 2007, Microsoft threatened to sue Red Hat – a Linux company – for patent infringement. But it soon changed its tune as open source won over corporations and governments.

Come 2012, Microsoft announced that Linux was supported on Azure, and now, in 2016, the company has come to using the operating system to run the cloud service. But there’s another question that needs answering: do users want to run SQL Server on Linux?

No matter what the reaction is, more openness on Microsoft’s behalf cannot harm the company, because it could ultimately mean more techies are open to Microsoft.
Image Source: Jurnal Web