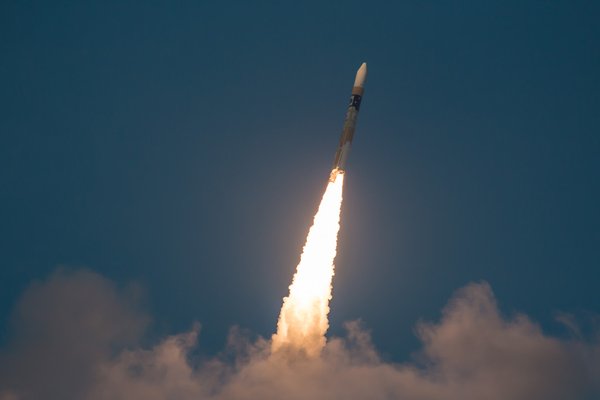 Ever since 1979, Japan has been sending X-ray observatories into space, each one better than its predecessor. Hitomi can measure fainter galactic objects than any other spacecraft, so it was a national success when the February 17 launch went smoothly.

Unfortunately, JAXA announced on March 27 that it stopped receiving any signals from the satellite just as it was about to become operational.

After initial attempts to reconnect with the spacecraft failed, the space agency started considering a retrieval mission. However, on Wednesday, March 30, JAXA was able to make brief contact with the craft, before it went back offline.

Hitomi – also known as Astro-H – has a very precise mission; it was built to explore the falling of matter into black holes, dark matter and its distribution across galactic clusters, and to keep an eye out for supernovae.

Since the Earth’s atmosphere absorbs X-rays before they can reach the surface, X-ray astronomy cannot be practiced on our planet. Since they have no other alternative, astronomers have resorted to doing this kind of observation with specialized satellites, such as Hitomi.

After the next-generation observatory had gone dark, scientists believe it had been destroyed or blown to pieces – except it started making intermittent contact with the Japanese space agency.

Astronomer Paul Maley thinks the satellite has experienced a sudden gas leak, which caused it to spin wildly out of control and off course. Maley shot a video that was later published by Gizmodo; in it, the spacecraft is shown travelling at fairly high speed, but in a tumble motion.

This rotation theory is supported by Hitomi’s wildly irregular brightness, which might be caused by light reflecting off different areas of the observatory. According to Maley, the damaged satellite makes a full rotation every 23.5 seconds.

Is there any hope for Hitomi’s recovery? At first, after the radio silence, it was believed the observatory had been smashed into multiple smaller pieces, as U.S. radar spotted five separate fragments that could’ve have been part of the satellite.

There’s no evidence to show the satellite has sustained a collision with existing space debris. From this point on, JAXA is trying to reestablish contact with Hitomi – and hopefully, also control over the spacecraft – but for that to happen, the Japanese need to get Hitomi to communicate more than just momentarily.
Image Source: Twitter