You are here: Home / Tech & Science / What Would Happen if Sun Could Produce Superflares 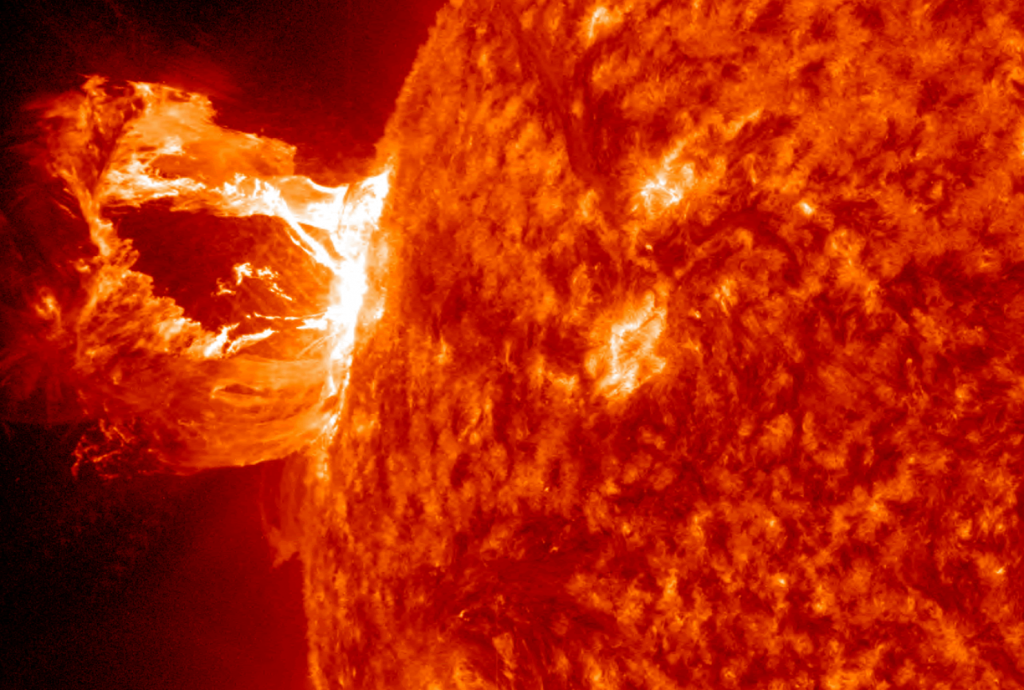 After observing hundreds of thousands of stars and their natural behavior, researchers have concluded that it’s not unlikely for our Sun to be capable of emitting deadly superflares that would destroy life on Earth.

Christoffer Karoff from Aarhus University, Denmark, led an international team of researchers in a study that provides answers to questions about the underlying mechanism of superflares and whether or not the Sun is capable of producing these superflares.

Our Sun is not a stranger to solar flares of varying intensities, and sometimes, these eruptions of energetic particles smash into Earth’s magnetic field and cause the formation of the beautiful auroras.

Other times, however, the results aren’t so pretty. When the Sun sends more powerful flare toward Earth, it can affect our satellite communications and even some utility systems on our planet.

When giant magnetic fields on the surface of the Sun collapse, that results in solar flares, causing massive amounts of magnetic energy to be released. Scientists observed the largest eruption in September 1859 when enormous masses of hot plasma from the Sun collided with Earth.

But then there are superflares whose energy levels are thousands of time greater than the normal solar flares and have. They have been first discovered by the Kepler mission four years ago and have largely remained a mystery ever since.

The new Guo Shou Jing telescope in China allowed the team of scientists to make observations of magnetic fields on the surface of almost 100,000 stars. Results showed that these so-called superflares are likely formed through the same mechanism as regular solar flares.

However, roughly 10 percent of all the stars with superflares analyzed by Christoffer Karoff and his team were found to have a magnetic field similar in strength or even weaker than the Sun’s magnetic field.

Consequently, it is not impossible but also not very likely for the Sun to produce superflares. That in itself is “a very frightening thought,” according to Karoff.

Should a superflare emitted by the Sun reach Earth today, the consequences would be devastating. This time, not just all electronic equipment on Earth would suffer from the collision, but also our atmosphere and thus our planet’s capacity to support life.
Image Source: Washington Post