You are here: Home / Tech & Science / Gravitational Waves and the Sound of Black Holes Colliding 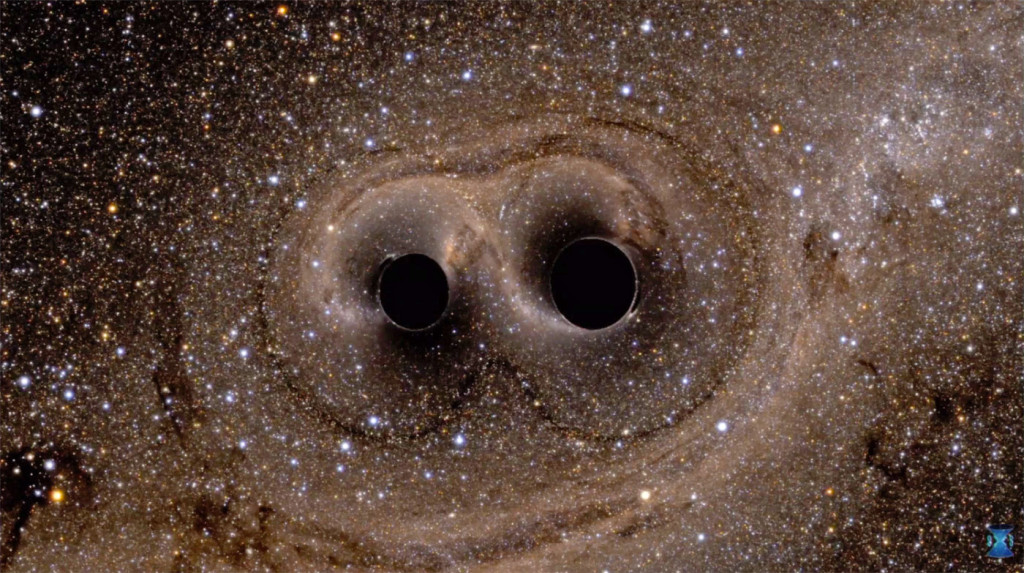 One of the greatest achievements of modern physics came with a gentle thump. But the headlines and research pieces that followed soon after still echo and will do so for a long time.

Even though it was first predicted by Albert Einstein a hundred years ago, a gravitational wave was only detected some weeks ago, which sent a giant ripple of excitement through the scientific community.

Two giant detectors located on opposite sides of the U.S. had observed the literal rippling of space-time, proving without a shadow of doubt that Einstein was right. But more than verifying his theory of gravity and general relativity, the discovery allowed humanity to observe the universe in a new way.

Even though it only registered as a quiet thump, the sound had been caused by a catastrophic event taking place a long time ago in the far out space: two massive black holes swirled toward each other and collided.

These ginormous objects are approximately 30 times the size of our Sun. Seconds before the wham! moment, they orbited each other at half the speed of light. As a result of their collision, a quake was sent through space-time.

This event has shot an energy wave through the very fabric of space at the speed of light, causing ripples similar to those occurring when a rock is thrown into a pond.

Approximately 1.3 billion years ago, the gravitational wave that passed through Earth was created and started travelling the cold depths of space. It was only in the early morning hours of Sept. 14, 2015, that two sophisticated instruments detected it.

One was in Livingston, Louisiana and one in Hanford, Washington, but they both picked up the same signal, only seven milliseconds apart. The signal was transformed into sound, which resembled a thump that lasted two-tenths of a second.

As the two black holes merged, the sound they produced was sent not through sound waves, but in the form of gravitational waves – distorting the very fabric of space-time.

The discovery marked the first direct confirmation that black holes exist; moreover, it offered astronomers direct evidence that binary black holes exist and that they sometimes merge to form one supermassive black hole.

It was truly a breakthrough for humanity to be able to hear a whisper of gravity, the faintest sound of a ripple in space, the result of a violent event so long ago and so far away.
Image Source: Endagaget