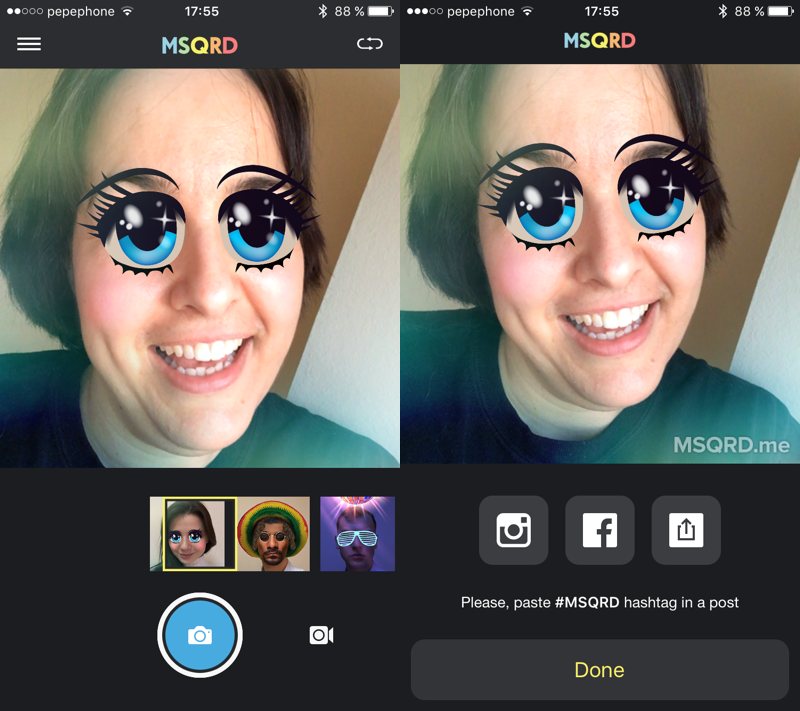 There’s a fierce competition between social networks, which means they’re constantly trying to one-up each other. After Snapchat acquired Looksery to give its animated selfie filters a booster, Facebook has made its own move.

Facebook hopes to always be the leader in the field, but sometime it has to play catch up. This is perhaps the case of the recent acquisition the social network made. Today, Facebook owned up to has buying Masquerade, an app that adds quirky filters to your smartphone-generated images, but with more focus on video.

Usually spelled MSQRD, the startup also confirmed the acquisition on its blog. Facebook said it was excited to have the Masquerade team on board with their “world-class imaging technology for video.”

The move is supposed to enhance the Facebook video experience, but we’re not really sure about that. The News Feed is already hectic place, and adding crazy filters to the mix can do no good.

The company has recently been particularly focused on expanding its video features, such as adding stickers and texts on images and other video editing tools. MSQRD is part of that very strategy, and it’s supposed to extend the social network’s efforts in this direction.

Facebook won’t say how much it paid for the app, but considering that a Russian investor, Eugene Gordeev, evaluated the startup at $117 million two weeks ago, the creators are probably downing some very expensive champagne right now.

Previously based out of Belarus, MSQRD will continue to keep its app as a standalone product, but its features will also be integrated on Facebook. Eugene Zatepyakin, Sergey Gonchar, and Eugene Nevgen – three key members of the team – will now work out of Facebook’s London office.

Given the increasing competition among messaging apps to attract more audience in the tighter market, Facebook’s news is rather interesting. After dominating with WhatsApp, Messenger, and Instagram, the social network wants the attention of younger users once again.

Snapchat definitely holds the interest of the millennials with its spin in ephemeral messages that disappear after a short while. Is Mr. Zuckerberg afraid of Snapchat? Probably, given the fact that that he failed to acquire Snapchat for around $3 billion.

So before we concern ourselves with what this means for Facebook’s News Feed, it’s interesting to see the wider strategy behind picking up MSQRD. We may be facing a case of Facebook simply trying to keep up with the Joneses.
Image Source: Chica Geek