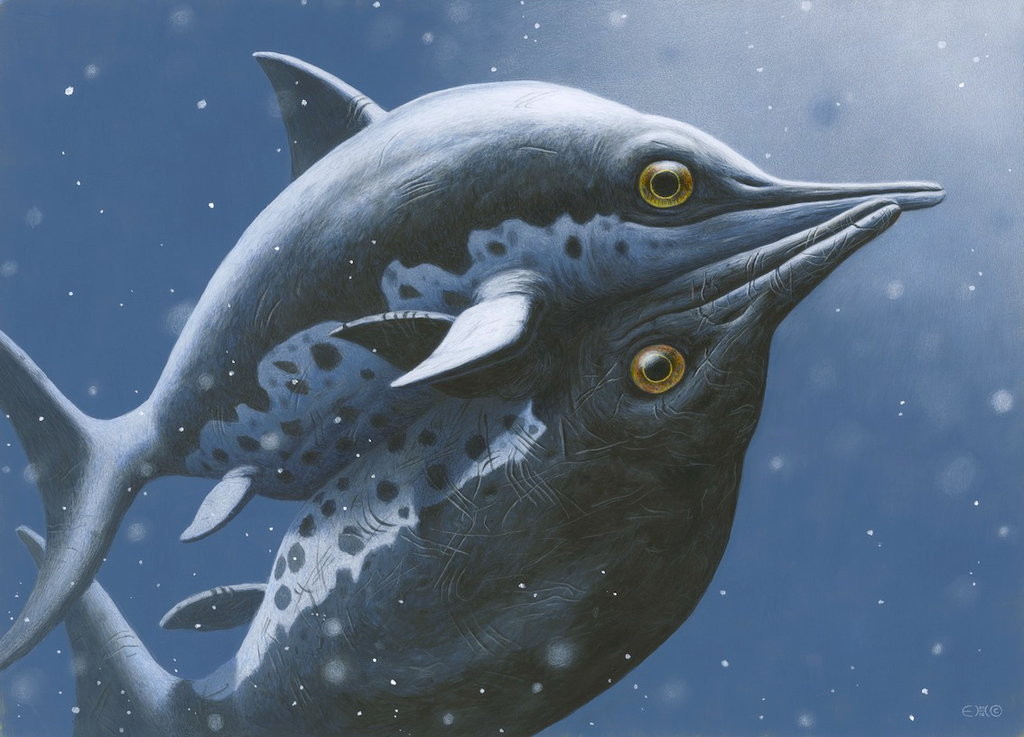 Imagine that prolonged climate change eventually makes all the dolphins disappear from the world’s oceans. Unlikely – and shocking – as that may be, it actually happened in the past to another group of marine creatures: the ichthyosaurs.

During the dinosaur era, these “fish-reptiles” were a predominant group of marine predators, with some of the most impressive and profound modifications. The ichthyosaurs became fast, efficient swimmers, and their body turned in a shark-like body shape.

Their large eyes – some of the largest in the entire animal kingdom – would presumably help the ichthyosaurs look for food and hunt prey in deep marine scenarios. We currently have knowledge about a hundred ichthyosaur species, whose reign ended around 90 million years ago.

But the mystery of the ichthyosaurs’ demise occurred long before the mass extinction of 66m years ago; two theories try to explain their sudden extinction.

First, there’s the hypothesis that other marine predators – particularly fast-reproducing and fast-moving fish – have increased the competition for survival in the ancient oceans. Second, experts think that their food disappeared.

There’s one point that links these two theories: both focus on the idea the lack of diversity among ichthyosaurs, so the species didn’t respond to minor changes in food and competition. The more diverse and varied a group is, the easier for its members to survive changing circumstances and environments.

But after studying the fossil records, a team at the University of Oxford found both theories are unfounded. During the last chapter of their history, the ichthyosaurs were actually very diverse. In fact, some evidence even suggests this is the time when they became the most diverse.

At the same time, the analyses showed the ichthyosaurs never evolved more slowly; they were simply well-adapted to their environments, so they stopped evolving.

On the other hand, when researchers studied the global environment – sea levels and sea surface temperature – they found that the ichthyosaur extinction rates synced with the climate changes that occurred in two phases separated by about 5m to 6m.

Not only the ichthyosaurs went extinct during these periods; other marine groups saw an accelerated evolution that eventually led to extinction, as well. Changes in sea levels and other environmental alterations affected almost all of the marine ecosystems, starting from coral reefs to the large predators.
Image Source: Deviant Art