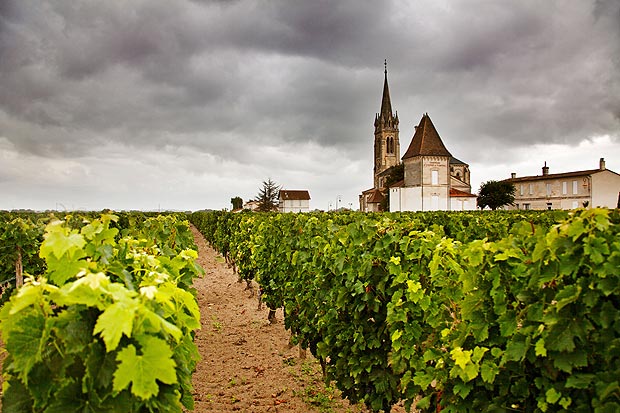 Climate change always seems to bear such negative connotations, and for good reason. It’s threatening our coastal cities and makes us always unprepared for extreme weather.

However, it’s possible that one good thing has come out of the effect global warming, and that’s better wine. Some of France’s most popular vineyards have come forward saying that the conditions for better fruit have become more frequent.

According to research featured in the journal Nature Climate Change, early-ripening grapes have been historically associated with higher rated wines.

Study co-author, Benjamin Cook, a climate scientist at NASA’s Goddard Institute for Space Studies in NY City, explained that before 1980, generating enough heat to get an early harvest was only possible with the help of a drought.

But ever since, climate change has caused such increase in temperatures that no drought is needed to get the hot summers and the precious early harvests.

What’s happening in fact is that the warming of the globe has become so pronounced that even pouring summer rains cannot always reduce the heat that ripens grapes with high levels of sugars, acids and tannins.

Overall, this effect meant that earlier-than-average harvests have started occurring more frequently. But winemakers in the Bordeaux and Burgundy regions are not complaining; this is where Cook and his co-author, Harvard University’s Elizabeth M. Wolkovich, conducted their research.

But Cook found that the strategy that connects hotter weather to better wine could only apply to a certain degree. He notes that 2003, for example, had an extremely dry, warm growing season, succeeded by one of the earliest harvests France has ever had.

However, that didn’t stop the wine quality to be “kind of middling,” as Cook said. This led researchers to believe that the theory holds up only until a certain point. There is such a thing of being too warm; in that situation, old rules no longer apply.

Prior research had already predicted that climate change could redraw the entire global winemaking map, as scientists warned grape growers they may need to relocate their vineyards to higher latitudes to stay ahead of the heat of global warming.

Winemakers will have to adjust the way they operate, but each particular region has its characteristics. This means that there isn’t a magic rule that makes all grape growers winners, except that irrigation might become a more prominent part of the industry.

At the end of the day, however, people are still going to want to grow wine in Bordeaux, as much as people will want to drink it. At this point, brand trumps all.
Image Source: The Sun