You are here: Home / Tech & Science / Birds and Alligators Scratch Each Other’s Backs in the Everglades 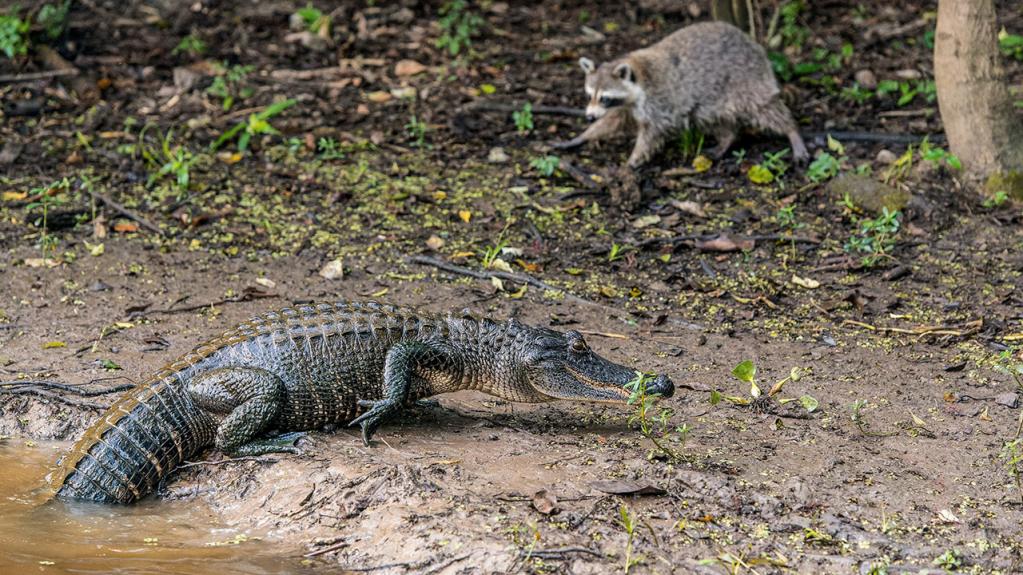 Birds in the Everglades have a rough life, having to protect their nests from opossums, raccoons, and other animals. However, some birds have developed a game plan that helps them survive these bandits.

According to a new study, birds like egrets, herons, ibises, and storks have got it figured out. Most intruders are easily scared away by alligators, so they started placing their nests rather strategically: right above the hangout places of these gators.

Seeing that the alligators are predators, they sell their protection as bodyguards at a steep price: the eggs and chicks that fall from the birds’ nests become their meal instantly.

However, the chicks that get dropped from the nest are actually the ones the bird will kick out when it has produced more eggs than it is capable of feeding.

When a bird lays more chicks than it can care for, it chooses to push the extra chicks over the nests’ brim; the mother thinks it’s best if the alligator eats those chicks rather than letting them starving in the nest.

Study author Lucas Nell from the University of Florida said this research is the first to demonstrate that nesting birds and crocodiles can sustain a mutually beneficial relationship: the alligators create a “predator-free space” for the birds while they provide the alligators with food.

Featured in the journal PLOS ONE, the study also established that the alligators also benefit from this type of co-dependent relationship. Several previous studies have focused on how various bird species thrive by setting up their nests near alligators, but the effect of the relationship on the protector was less documented.

To determine if the gators fared better near the birds’ nests than other gators located further away from the nesting colonies, the researchers compared their general condition and their body weight.

Even though the birds build their nests high enough so the alligators cannot get to them, the birds pay their dues by dumping eggs and chicks; these were plenty enough to have a noticeable effect on the alligators’ diet.

Both parties benefit from this interaction, as the findings showed, and according to the researchers, it “illustrates how selective pressures may have acted to form and reinforce a strongly positive ecological interaction.”
Image Source: Science Mag