You are here: Home / Health / Exactly How Beneficial Are Sit-Stand Desks? 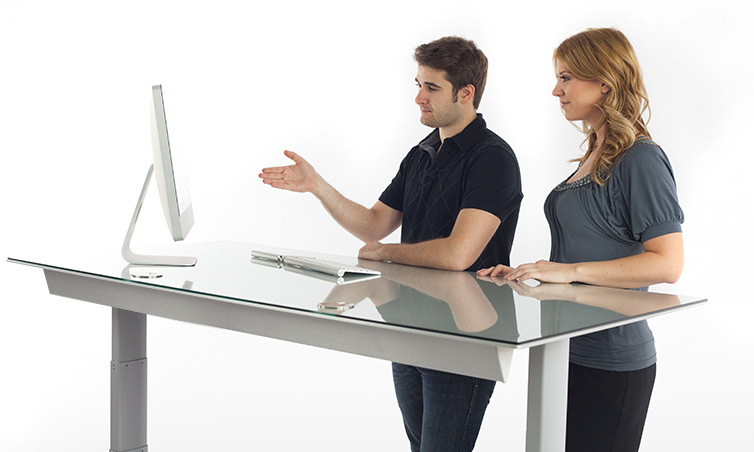 Many offices have introduced the so-called revolutionary fixture of a sit-stand desk. Instead of sitting all day long and increasing their health problems, employees stand and expect to see benefits.

However, according to new research, they could be waiting for a long while before that happens, because apparently there’s little proof of any health improvements associated with using standing desks.

After experts warned us of the many health issues caused by long periods of sitting – such as increased risk of obesity and heart disease – people started marketing sit-stand desks. Users can stand or sit while working in an attempt of reducing time spent seated in the office.

According to study co-author Jos Verbeek, at the Cochrane Work Review Group in Kuopio, Finland, people who sit at a desk all day long have to pay special attention to maintaining or improving their health both at work and at home.

However, he added, researchers have yet to find enough “high-quality evidence” to determine whether the harmful effects of a sedentary lifestyle can be reversed by spending more time standing.

Featured Thursday in the journal Cochrane Library, the report found that “standing instead of sitting hardly increases energy expenditure,” so people shouldn’t expect sit-stand desks to be helpful in losing weight.

Verbeek hopes the new research will determine employers and workers alike to make more informed decisions as to whether or not they should invest in a standing desk.

The findings resulted from a review of 20 studies that evaluated sit-stand desks and other ways of reforming health behaviors at work, like encouraging employees to take walking breaks. Almost 2,200 individuals were involved in the studies.

Only six of the research pieces found that sit-stand desks could improve one’s health at work. People who used them shortened their sitting periods up to two hours compared to those who used conventional desks. Sit-stand desks also reduced the length of sitting sessions that lasted 30 minutes or more.

What’s more, increasing standing periods did not cause the individuals to experience musculoskeletal pain, varicose veins, or a lower productivity, according to the researchers.

Lead author Nipun Shrestha, a fellow scientist at the Health Research and Social Development Forum in Thapathali, Nepal, said these results were not conclusive to recommend buying a sit-stand desk.

Other types of interventions were also found to yield modest benefits, such as taking a walk during work breaks; this practice was not found to lower the amount of time spent sitting at work.
Image Source: Next Desks