You are here: Home / Tech & Science / Super Polymer Goes Back to Its Original Shape By Touch 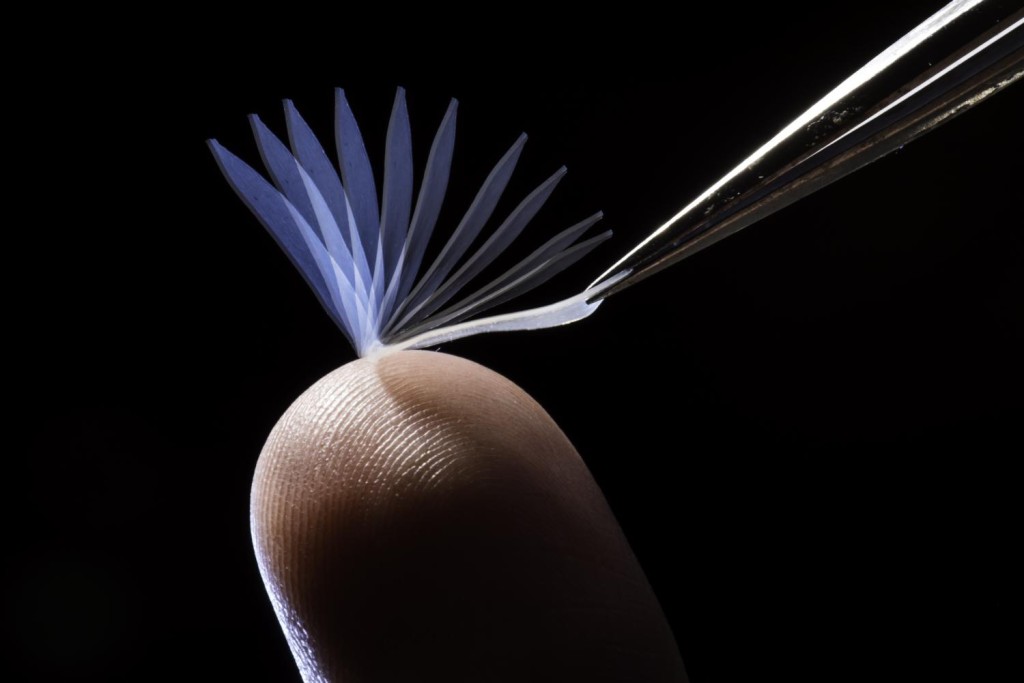 Researchers at the University of Rochester have developed a new kind of ‘super polymer’ whose flexibility could have significant applications in healthcare and the clothing industry.

The material – which is said to be able to lift 1,000 times its own weight – is the baby product of a research team working with Mitch Anthamatten, a professor of chemical engineering.

According to a press release, the material’s flexibility can be programmed; in other words, it can retain a different shape than its original one, but only temporary, until a trigger – typically heat – causes it to return to normal.

Anthamatten explained that fine tuning the trigger temperature was only one piece of the puzzle. The team also “engineered these materials to store large amount of elastic energy, enabling them to perform more mechanical work during their shape recovery.”

According to the university, this type of technology could be used to develop artificial skin, medical sutures, self-fitting apparel, and body-heat assisted medical dispensers.

Working on the ‘super polymer’ with graduate student Yuan Meng, Anthamatten is rather excited by the end product, which he described as a rubber band that can lock itself into a new shape after being stretched.

What’s even more impressive is that the super polymer goes back to its original shape by touch, because the heat contained in the surface of one’s skin is enough of a trigger.

At the same time, the team worked on controlling the crystallization that took place whenever the material was going through a cooling or stretching process.

During deformation, the polymer chains are stretched, causing its small segments to align in the same direction, which in turn, help the material keep its deformed shape – even if only temporary.

As the crystallites grow in number, the polymer’s shape also becomes more stable; this process causes the material to become more resistant to reverting back to its ‘permanent’ shape.

Researchers were able to modify the types and number of molecular linkers that links one individual polymer strand to another, as well as their location along the polymer network. By doing this, the team could fine tune the material’s stability and set a precise melting point that would trigger the shape change.

The trigger temperature was set around 95 degrees, just below the human body’s temperature. For a crazy fun experiment with the ‘super polymer,’ check out the video below featuring Anthamatten.