You are here: Home / Tech & Science / Surprisingly Silent Supermassive Black Hole at the Center of NGC 4889 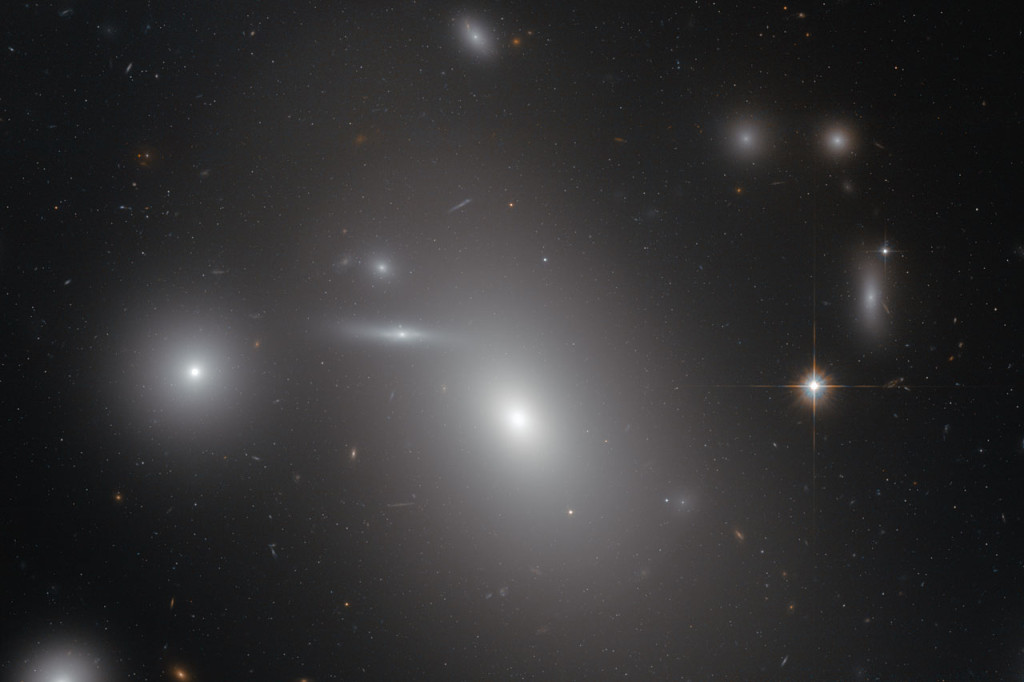 Even though there’s no air in space to disperse sound waves, our Universe is actually a rather noisy place. But NASA’s Hubble Space Telescope does discover from time to time some peculiarly silent phenomena.

The American space agency has released one of the clearest pictures of the NGC 4889, a supergiant elliptical galaxy, which holds within a surprisingly silent supermassive black hole.

In the image above, the NGC 4889 – located roughly 300 million light-years away in the Coma Cluster – packs in a black hole with a mass of twenty-one billion times the mass of our Sun.

This information is based on calculations that astronomers have made using Hubble data. But since the black hole cannot be observed directly, a question arises: how did astronomers measure its mass?

According to astronomers, the instruments on the Keck II Observatory and Gemini North Telescope played a vital role in indirectly determining the mass of the giant black hole.

Since the velocities of the stars orbiting NGC 4889’s center depend on the mass of the object they orbit, the astronomers measured those in order to determine exactly how large was the black hole.

Observations suggested that this particular supermassive black hole’s event horizon has a diameter of roughly 130 billion kilometers – approximately 15 times larger than the diameter of Neptune’s orbit from the Sun.

But NGC 4889’s black hole is no longer drawing in surrounding material; it is now resting in a peaceful silence. However, during its active period, the black hole used hot accretion to fuel itself.

In other words, galactic material – like dust, gas, and other debris – formed an accretion disc after it kept on slowly falling inwards towards the black hole into a giant accumulation.

Thanks to the black hole’s immense gravitational pull and to the fact that the spinning disk of material was orbiting it, the accumulation started accelerating and heating to millions of degrees.

Back when it was active, the black hole started expelling this gigantic mass of galactic material into very energetic jets. In its youth, the NGC 4889 would’ve have been classified by astronomers as a quasar.

Now, the black hole is patiently napping until its next celestial snack, waiting in a dormant state. Its existence allows astronomers to gain a better understanding of how quasars formed in the beginning of the Universe.
Image Source: Space Telescope