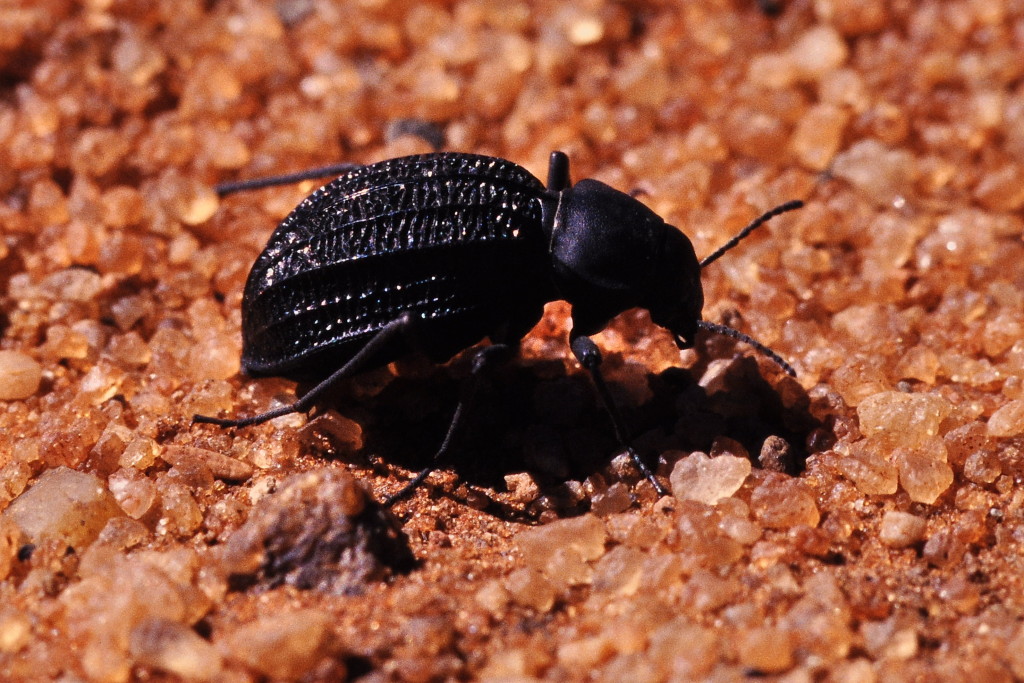 Scientists often get inspired by Mother Nature in their discoveries. Such is the case of how researchers found they could make drops grow faster by copying the shell geometry of the Namib desert beetle.

Combining their knowledge of the bumpy surface of the insect with other plant techniques, the team was able to create drops that grew six times larger than other drops as temperatures raised.

Even though a little droplet of water might seem fairly insignificant, the authors say this development could have important application in water harvesting and the generation of electricity.

The physical process involved in the formation of a water drop is essential to improve air conditioning systems, the operation of thermal power plants, and desalination.

At the same time, learning to control and fructify condensation could also impact the more paramount function of gathering water in dry climates that can be of use for humans; providing a solution for this a growing, global issue is fundamental.

This is not the first time researchers have attempted to mimic the remarkable abilities of the Namib beetle of capturing water in the ridges of its shell. The insect survives by drawing the water it needs from the foggy winds that periodically blow through the desert.

But prior studies assumed that the key lies in the surface chemistry of the beetle’s back, when in fact, the location and the physical arrangement of the bumps do the trick, according to the new research.

At the same time, the discovery was made complete with a little help from cactus spines; the researchers were inspired to coat the bumps with a smooth lubricant in order to get as little friction as possible as the harvested drops moved over the bumpy surface they built.

As per the results of the experiment, this type of surface caused the drops to grow six times quicker; moreover, it was able to transport a much larger volume of water in a shorter time compared to other materials.

Author of the paper Kyoo-Chul Park, a postdoctoral researcher, explained the team discovered that the pattern of bumps alone was able to facilitate condensation. Thanks to detailed theoretical modelling, they were able to optimize the bump shape.

Opposite to the common belief that cooler surfaces would help form larger droplets, their experiments showed that higher temperatures were actually more favorable. This discovery is particularly important in hot, dry environments where water drops evaporate before anyone gets a chance to collect them.
Image Source: Peer Point Solutions