You are here: Home / Tech & Science / Why People Are Easily Coerced When it Comes to Obeying Orders 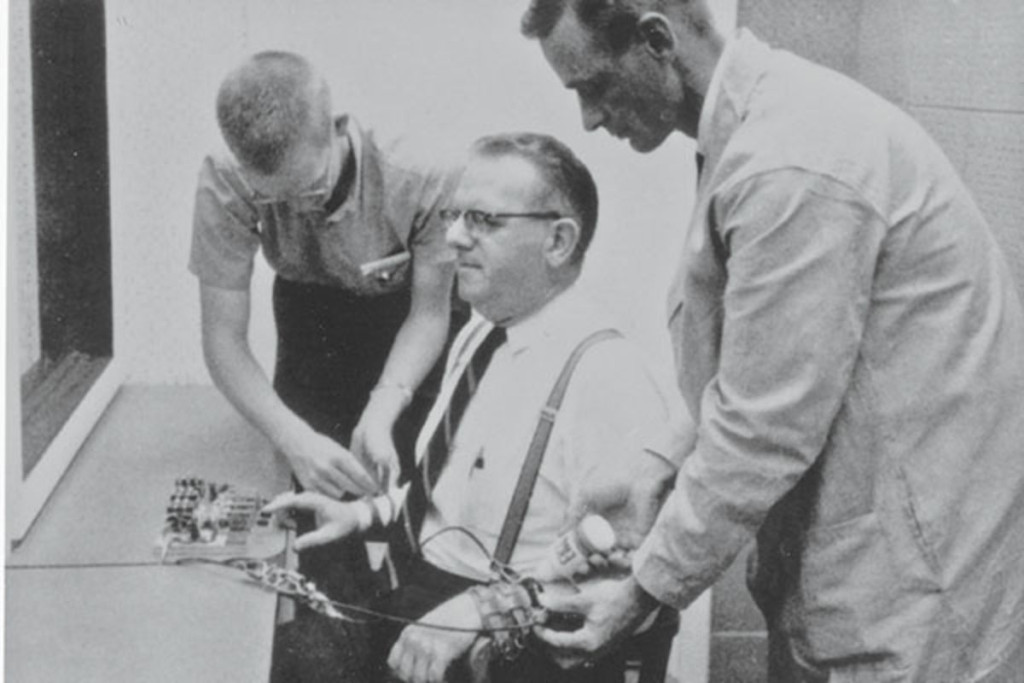 Back in the 1960s, a scientific study called the “Milgram experiment” found that subjects were willing to deliver electrical shocks to a stranger if an authority figure had told them to do so.

A more recent Milgram – greatly reduced in intensity – was now conducted to try and explain why people are easily coerced when it comes to obeying orders.

Researchers found that humans tend to lose the sense of responsibility or ownership over their own actions when they obey commands. Most surprisingly was that this feeling of less responsibility over one’s actions was observed when people are told to do something either good or bad.

Back in 1963, Stanley Milgram conducted a Yale University study which involved subjects who were ordered to electrically shock another person who seemingly failed to give the right answers.

In fact, the unknown individual was an actor who pretended to respond to the shocks; an overwhelming number of subjects were blindly obedient to the authority figure encouraging them to deliver the shocks. The fact they could see the victim “squirm” in pain did not deter them.

The more recent experiment conducted by University College London researchers, measured the same mental distance in regard to one’s actions when it comes to obeying orders.

According to Patrick Haggard, senior study author and UCL professor, the modified test was meant to give the researchers a glimpse into how the subjects felt about the action as they made it.

At the same time, researchers studied how time perception is influenced by the basic experiences people have during the act, as opposed to how they think they should have felt.

It turns out that when the volunteers “freely chose the action in coercive orders,” more time passed between the action and tone – a sound produced when subjects shocked their partner by pressing a key.

By asking the subjects to report in milliseconds the time that had passed between the key-press and the tone, the researchers were able to measure their sense of responsibility over the outcome of their actions.

The interval ranged from 300 to 800 milliseconds, and researchers noticed that “the longer the perceived time, the greater the reduction in sense of agency.”

In other words, the subjects felt a lot more control over the results when they decided for themselves versus when they were told how to act.

Haggard’s interest in this kind of experiment was raised by the Milgram experiments which gained quite the notoriety during the Nuremberg trials. Back then, a lot of Nazi defendants claimed that they had merely followed the orders coming from high above.
Image Source: PS Magazine