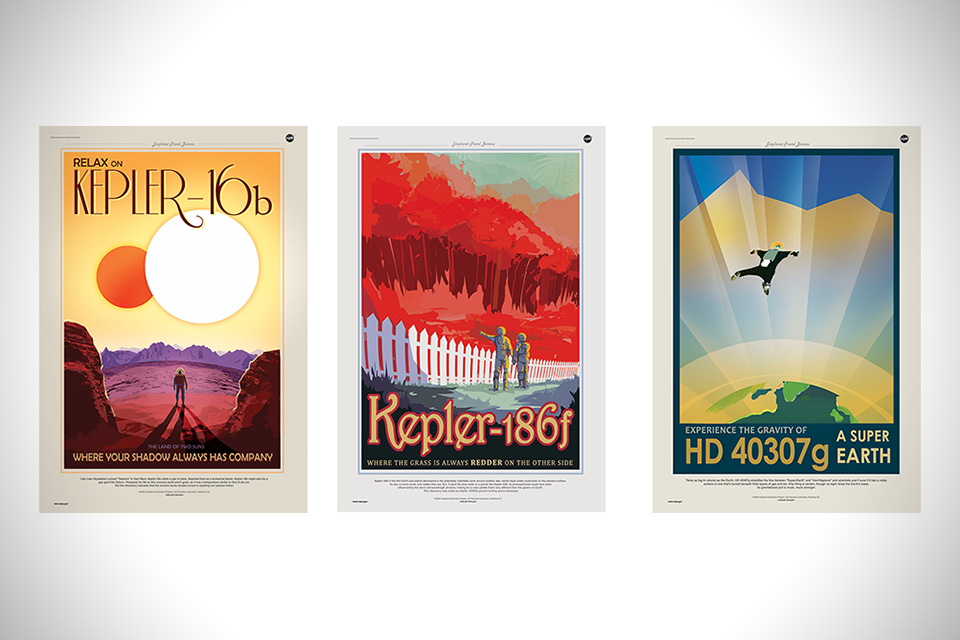 We might not get to explore the deep space in the near future, but when has that stopped NASA from dreaming? The otherwise bureaucratic and serious space agency has gone on another daydreaming spree and designed a new series of posters titled “Vision of the Future.”

Even though NASA is usually all business and no fun it also likes to uncover its childlike nature from time to time. Dreamers and thinkers alike at the Jet Propulsion Laboratory design studio have come up with a new space tourism campaign, a follow-up to the Exoplanet Travel Bureau poster series published last year.

From a realistic point of view, space tourism is something still very far off in the future, but NASA manages to bring that perspective a little closer with a brand new set of colorful travel posters which depicts possible scenarios of life on other planets.

Released under the title “Visions of the Future,” the series are the baby project of a team of artists at the Jet Propulsion Laboratory (JPL). The idea of promoting space tourism came about 13 years ago when NASA Visual Strategist Dan Goods asked how he could help the JPL department.

That’s how the design studio came to be, with the blessing of Director Charles Elachi. Six persons are now part of the design team headed by Goods, and they are responsible with doing all the design work for the space agency, as well as helping JPL researchers and engineers to visualize their missions.

Coming from different fields of expertise, the designers are in constant collaboration with the JPL, allowing them to stay updated with the latest space mysteries and discoveries that the engineers and researchers deal with.

After the success of the Exoplanet series, Delgado’s team was asked by NASA to create new posters, and it was something they loved working on. The focus of the series is the exploration of other planets in our galaxy.

It’s not surprise that the designers are “huge science fiction fans,” as they describe themselves. “What’s kind of special is we’re working with people who are actively trying to make [science fiction] come to life.”

The series offers an eerie experience to the viewer, as it combines reality with a tad of optimism and space exploration. For example, the poster for Europa points out that one day, travelers could explore the moon’s underwater world, while another poster toys with the idea of humans visiting a world that has an environment similar to Earth. 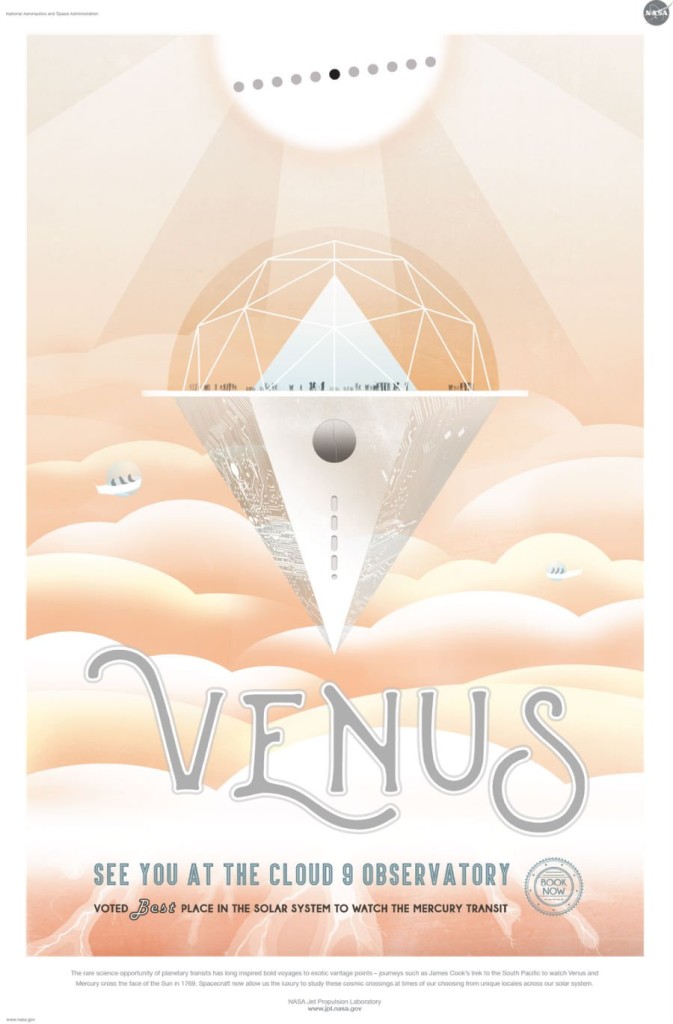 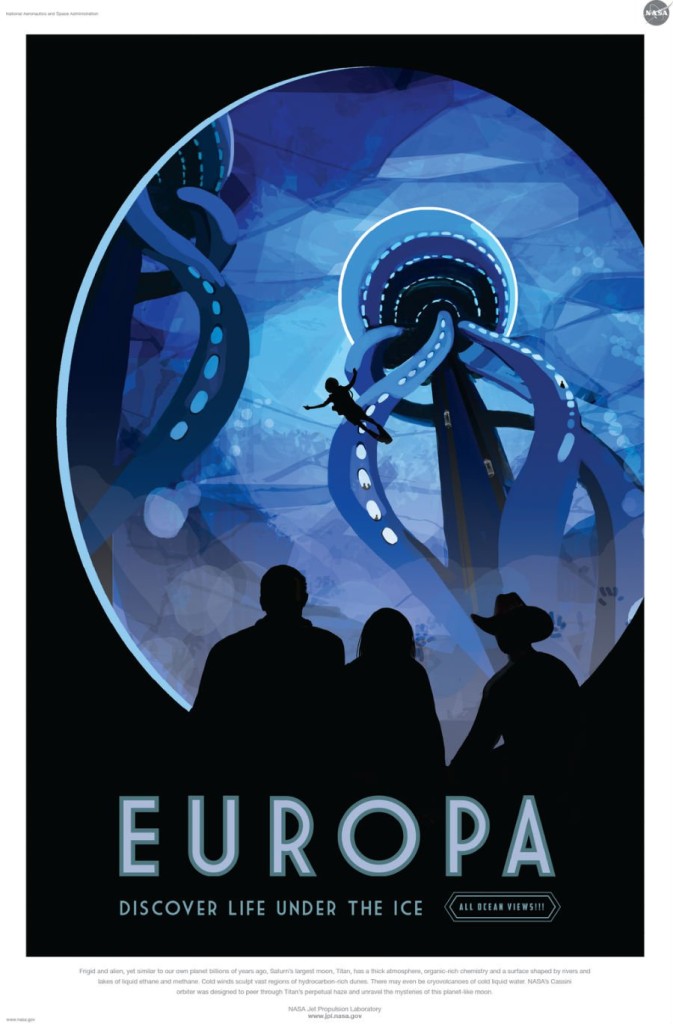