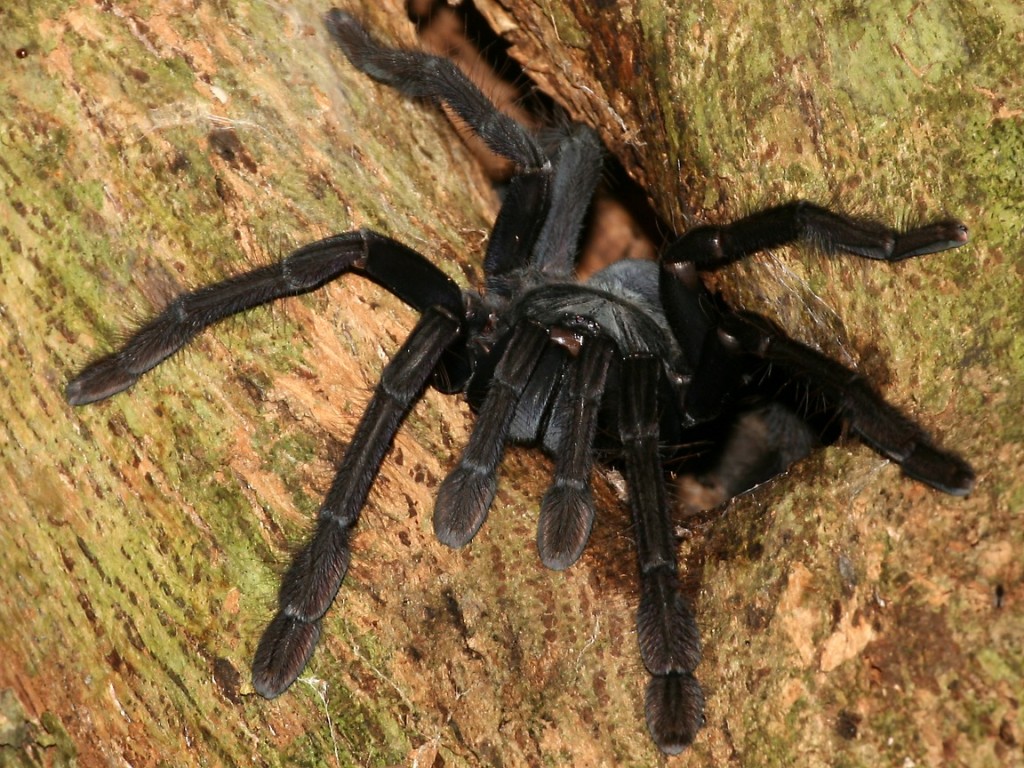 Scientists have a lot of fun discovering new species of animals and insects and the naming process can sometimes be entertaining for the general population as well.

One of the 14 new species of tarantula discovered in the southwestern U.S. has been named after a popular late singer-songwriter. If you suffer from arachnophobia, you probably don’t want to meet Johnny Cash – the recently discovered black tarantula, but there’s a higher chance of an encounter than you might think.

According to a study featured in the journal ZooKeys, the newly discovered spiders – which doubled the number of known tarantula species in the region – were sometimes found literally in the backyards of homeowners.

Chris Hamilton, senior author of the study, said the team was surprised by the location of the newfound tarantulas. We expect them to be discovered in some “remote corners of the earth,” but discovering them living among us only goes to show how astonishingly little we know about the biodiversity of our planet.

Hamilton, a researcher with the Florida Museum of Natural History, and his team have been searching for tarantulas for the past decade, looking throughout frigid mountains, scorching deserts, and other remote locations in the American Southwest, but the giant spiders were waiting for them right at home.

Adding to the specimens the studied in museums, the researchers analyzed nearly 3,000 specimens, becoming the largest and “most comprehensive taxonomic study ever performed on a group of tarantulas.”

According to the results, 29 tarantula species are currently living in the United States, with 14 of them new to the scientific community. Even though they are all part of the genus Aphonopelma, their sizes widely vary, from 6 inches or more in leg span to roughly the size of a quarter.

The Aphonopelma johnnycashi tarantula was discovered near Folsom Prison, the one Cash’ sings about in “Folsom Prison Blues.” Since both the singer and the male tarantula have a distinctive black ‘coloration’ – Johnny “Man in Black” Cash was notorious for wearing all black in concert – this provided yet another connection between the two.

The tarantulas imposing appearance did not help their reputation, making them creepy and frequent apparitions around Halloween time. However, even though they bite when threatened, Hamilton notes that tarantulas are usually “easy going, do not readily bite and pose little danger to humans.”