You are here: Home / Health / Why Should Any Form of Female Genital Mutilation Be Legalized? 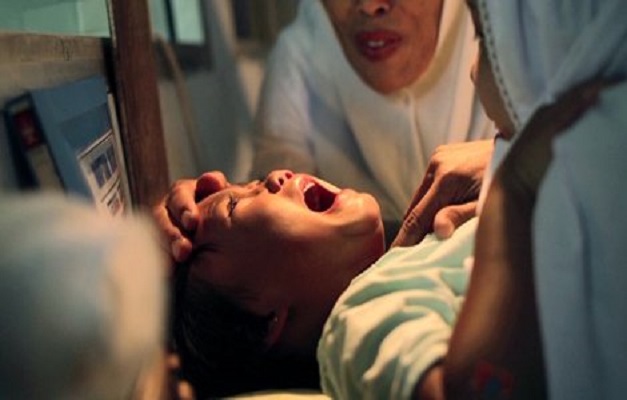 Two US-based gynecologists argue that legalizing a less severe form of female genital mutilation would protect girls from suffering more extreme procedures. However, the great majority of medics and ethicists are clearly against the proposal.

Why should any form of female genital mutilation be legalized? Why not stop the mutilation that 3 million girls are subjected to every year? This tradition is deeply ingrained in a lot of cultures in Asia, Africa, and the Middle East.

The painful and often anesthesia-free can range in severity from nicking the young girl’s genitals to completely removing her clitoris and labia then stitching up the vagina.

Performing this kind of operations is illegal in the US and the UK, but Kavita Allan Jacobs and Shah Arora, two gynecologists based in New York and Ohio, disagree.

They argue that pushing the procedure underground will pose even more threat to girls. The gynecologists added that trying to wipe it out could be “viewed as racist or culturally insensitive.”

Instead, Jacobs and Arora suggest that a compromise that “respects culture and religion but provides necessary protections against child abuse,” such as operations that won’t affect the girl’s ability to carry a pregnancy later or her long-term sexual satisfaction.

Their controversial proposal suggests doctors could limit the procedure to small cuts or the removal of some parts of the labia or the clitoral hood. Nawal Nour, head of the African Women’s Health Center at the Brigham and Women’s Hospital in Boston, Massachusetts, is not the only one who disagrees with this compromise.

“From a human rights and health care perspective,” she said, “this is a hard pill to swallow.” She argues that the gynecologists have no data suggesting that if a girl is only nicked when she is 6 or 7, she won’t suffer a more severe surgery four or five years later.

At the same time, who’s to say that these proposed minimal procedures will be accepted by the traditional communities that preserve the practice?

In addition, it seems like a gamble to legalize any form of mutilation, even though Arora and Jacobs said smaller nicks will eventually heal completely.

But even smaller surgeries involving FGM can still have a strong psychological impact on the girls, because the “amount of tissue removed does not necessarily correlate with the amount of psychological damage.”

As a last argument against compromising with FGM is that it’s one of those cultural practices that don’t deserve to be respected or preserved.

According to Ruth Macklin, a biomedical ethicist at the Albert Einstein College of Medicine in New York, “female genital alteration has its origin and purpose in controlling women” – a tradition best abandoned.
Image Source: TTEONB Blog