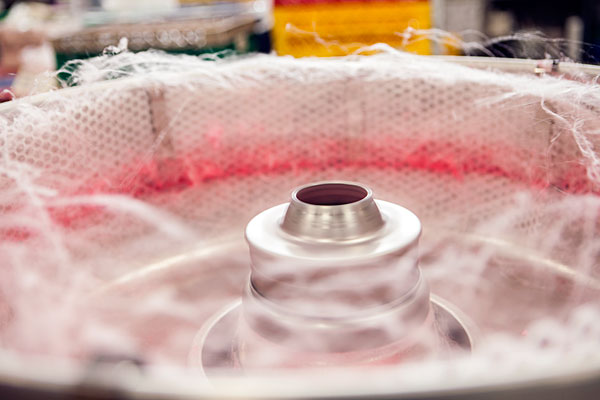 Innovation is an unpredictable business to say the least, and history has proved that the great inventors and innovators made a breakthrough when they least expected it. Sometimes, the discovery is right under your nose – you just never bothered to take a deeper look to appreciate it.

In our case, the tool responsible with producing one of the most popular carnival treats, the cotton candy machine could help build artificial organs, eventually.

Researchers were trying to develop and sustain a complex network of capillaries that are vital for transporting oxygen and disposing of the waste that would otherwise build into vital organs such as the liver and kidney.

But scientists encountered a hurdle in creating an artificial framework of blood vessels that would simulate the ideal thickness of a human capillary. This has been an ongoing challenge – constructing the right kind of capillary network that would be able to supply the thick tissue of an organ with oxygen and blood.

Scientists have even compared the metabolic requirement of the highly vascular network to be akin to supporting a miniature planet; the capillaries are almost like a living and breathing organ on their own.

So Leon Bellan, an assistant professor at Vanderbilt specializing in mechanical engineering, started looking for a solution, and found it in the most unexpected place. It turns out that the threads created by a cotton candy machine are ideal in size and thickness.

Trying to build a capillary network with the help of 3D printing is an approach that has been tested since last year. Researchers used so-called “bioinks” of different consistencies to create a matrix in which capable small blood vessels would come close to the actual size of the human capillaries.

Building a 2D network was just not working from a physiologic perspective. But Bellan’s research team reported a remarkable advance in producing intricate 3D microfiber networks.

Using the unconventional method of a simple cotton candy machine, they were able to keep the living cells healthy and viable for as long as one week outside the body, which reduces the gap until transplantation.

A lot of people think Bellan’s breakthrough, which was featured recently in the journal the Advanced Healthcare Materials, is a little crazy, and we don’t blame them. Combining bioengineering with a cotton candy machine is hardly common, but the results are impressive nevertheless.
Image Source: Pacific Party Canopies