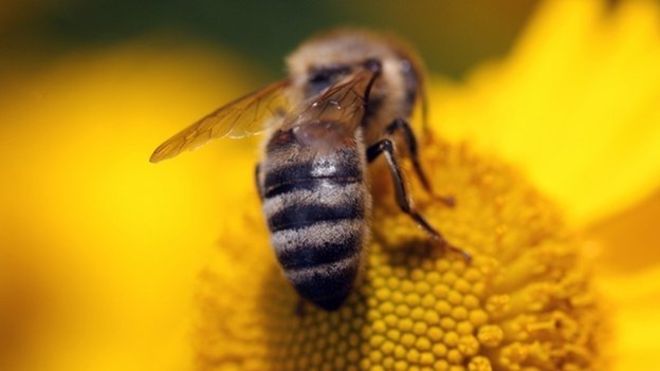 This was the conclusion of the first global assessment of pollinators that took place on Friday: bees’ survival is severely threatened, so much so that entire businesses worth hundreds of billions of dollars a year are at risk of losing profit.

Coffee, blueberries, apples and other foods depend on the health of bees and other pollinators, but due to loss of habitats, pesticides, disease, and climate change, these insects vital to our global economy are now fighting for their lives.

About 20,000 species of bees have been discovered so far, and they unite their efforts with creatures such as beetles, birds, butterflies, and bats to fertilize flowers all around the world by spreading pollen.

According to Zakri Abdul Hamid, president of the 124-nation report, we’re risking somewhere between $235 billion and $577 billion of world food if we’re not going to do something about the plummeting in pollinator populations.

The global food sector sustains the livelihoods of millions of people, starting from the cocoa farmers in Ghana, to coffee pickers in Brazil, apple producers in China, and almond growers in California.

This study conducted by the Intergovernmental Science-Policy Platform on Biodiversity and Ecosystem Services (IPBES) has found that more and more species of pollinators are threatened.

IPBES was approved in 2012 in talks in Kuala Lumpur, as a response of the call issued by the U.N. panel on climate change for governments to start finding solutions to tackle global warming.

Bees and butterflies are under the highest levels of threat, according to regional and national assessments of insect pollinators. For instance, 9 percent of bee and butterfly species in Europe have recently been classified as threatened with extinction.

Pesticides seem to be one of the biggest risk factors for pollinators, with studies linking the neonicotinoids to harmful effects in Europe and North America. However, the long-term impact on bee populations is still wildly unknown.

At the same time, there are huge gaps in understanding the effect of genetically modified crops on pollinators. This is all bad news considering the 300 percent surge we’ve witnessed over the past 50 years in terms of the amount of farm output entirely dependent on pollinators.

Fortunately, some things can be done to reduce the risks, such as planting patches of wild flowers that could attract pollinators around fields of crops. At the same time, the UN highly recommends the reduction in use of pesticides or a more dramatic shift to organic farming.
Image Source: BBC News