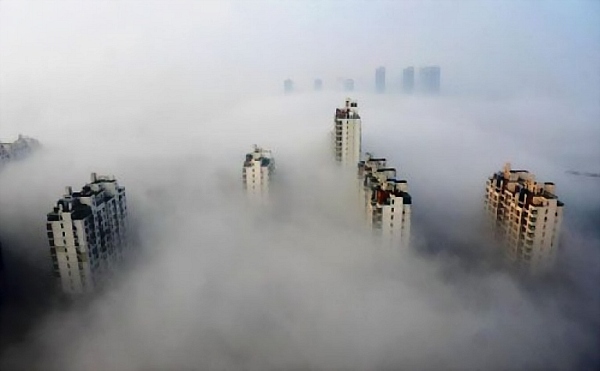 Air pollution takes a death toll of 5.5 million people annually, a great majority of whom occur in China and India, where premature deaths related to unbreathable air have taken a turn for the worse.

This polluted air comes from coal-fired power plants and factories which fuel the country’s economic growth.

According to a new study, disease caused by household and air pollution has become the No. 2 cause of death worldwide. It closely seconds smoking, which kills 6 million people annually, says the World Health Organization.

These findings are part of an effort to keep an eye on the global burden of disease, and more research results will be is presented at the annual conference of the American Association for the Advancement of Science in Washington.

Several factors contribute to air pollution, which is composed of fine particulate from transportation, open burning and, most of all power generation. When it comes to India and Africa, household pollution is caused by stoves fueled with wood, coal, and animal waste used for heat and cooking.

These causes can lead to strokes and heart attacks, and researchers found they are responsible for almost one million annual deaths in China, more than a half-million in India, and roughly 300,000 in the U.S. countries in the European Union.

Even though the report is based on data collected in 2013, co-author Dan Greenbaum, head of the nonprofit Health Effects Institute in Boston, said that “these things don’t change overnight.” There’s a high possibility that last year’s death toll was similarly worrying.

The Chinese government is taking aggressive steps towards improving air quality in the country by forcing carmakers to equip their automobiles with cleaner technology, and power plants to control the level of particulates spewed in the air.

However, these efforts are almost canceled by the fact that China wants to become one of the biggest world economic powers – which is driven by the very industries it tries to better regulate.

The U.S., for example, is constantly pushing for lower emissions from automobiles and has worked hard at having stronger rules on industry like cement plants and coal plants that generate electricity.

Almost 50 percent of China’s worsening air pollution, which will be presented at the AAAS meeting by a Chinese scientist, is caused by coal, which bears “by far the largest health burden” on the population.
Image Source: Zero Hedge