You are here: Home / Tech & Science / Rumor Has It: Discovery of Major Experiment Hunting for Gravitational Waves 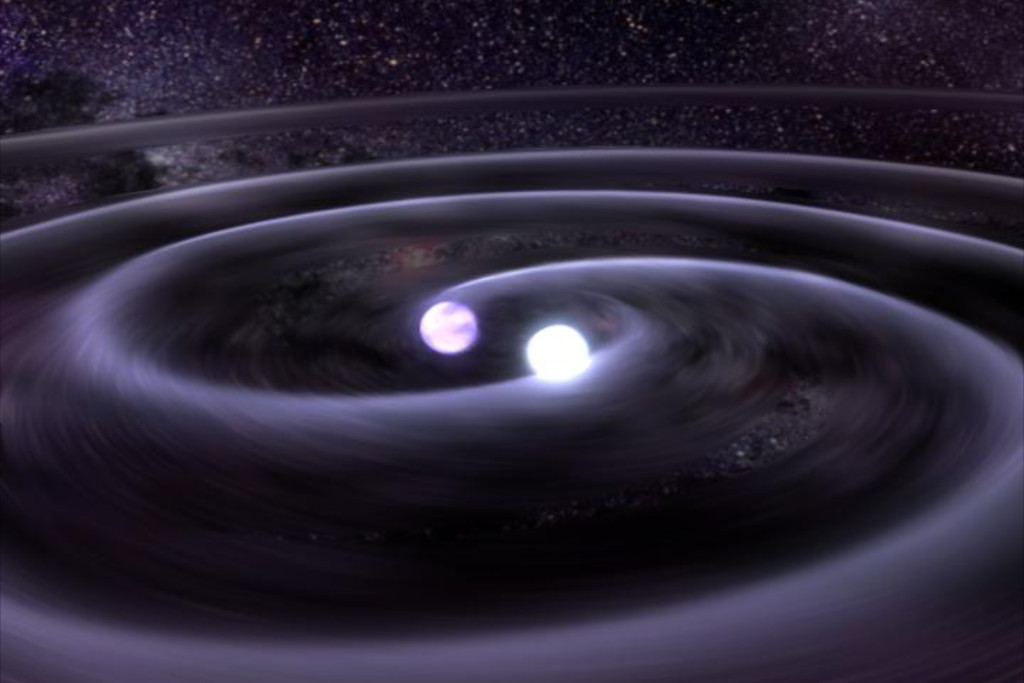 We woke up this morning to read excited rumors on Twitter about a major experiment hunting for gravitational waves that has finally been able to observe them for the first time.

Gravitational waves were first predicted by Albert Einstein exactly a century ago in 1916, and he used the term to describe the possible ripples in the fabric of space-time. If the rumors should be confirmed, this would be a great way to mark Einstein’s accurate prediction.

There are plenty of ways you could – theoretically – create these ripples in space-time. Move a large massive object very suddenly, or have two of these collide. A supernova explosion will also do the trick, creating waves similar to those circles after tossing a stone in a still pond.

According to Einstein general theory of relativity – which he thought could never be tested – the larger the object, the more it will rip through the surrounding space-time, producing stronger and bigger gravitational waves.

There are several experiments and projects that hope to capture these elusive ripples, and LIGO (Laser Interferometer Gravitational Wave Observatory) seems to have the best chances to do so. With last year’s upgrade to its Advanced LIGO, the large-scale physics experiment topped several lists of physics discoveries to watch in 2016.

A LIGO potential discovery has made ripples in the media before (“ripples,” get it?), with rumors spreading like fire merely a week after the upgraded experiment started operating last autumn. Lawrence Krauss, a physicist with the Arizona State University, let the cat out of the bag on Twitter, giving the rumors a 10 to 15 percent chance of being true.

Back then, Gabriela González of the Louisiana State University and LIGO spokesperson, told Nature that, “The official response is that we’re analyzing the data.”

It’s probably safe to assume that once again, the official response will be the same, encouraging the public to just be patient, because this kind of tricky analysis can’t be rushed. In other words, they can neither confirm nor deny the rumor.

That’s exactly what was said in an email from Alan Weinstein, head of the LIGO group at Caltech: “My response to you is no more or less than the official one, which is the truth: ‘We are analyzing 01 data and will share news when ready.’ I’d say that it is wisest to just be patient.”

Sigh. Fine. But should the discovery be confirmed, it would probably be a certain shoo-in for this year’s Nobel Prize in Physics.
Image Source: Space