You are here: Home / Tech & Science / What is the Purpose of Zebras Having Stripes? 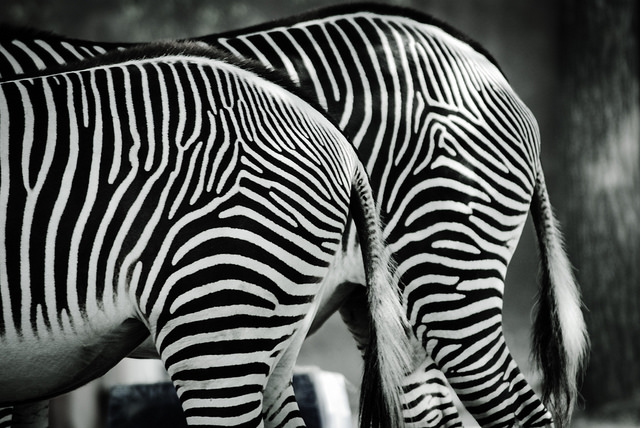 Schools have long taught kids that zebras have stripes for camouflage purposes, a theory that was supported by the renowned likes of Charles Darwin.

However, a new research from the University of California Davis found the stripes might be there for a completely different purpose.

Seeing that humans are not really a threat to zebras in the wild, the striped mammals usually have to avoid their number one enemy: big cats like tigers, cheetahs and lions, of course. A team of Canadian and American biologists was then inspired to put themselves in the shoes of big African predators.

Study leader Amanda Melin of the University of Calgary explained that camouflaging is the most longstanding theory explaining zebra striping, but it’s a question we always answered through human eyes. So what is the purpose of zebras having stripes?

So the team decided to conduct a different set of calculations, which allowed them to estimate the distances at which predators – lions and spotted hyenas – can detect a zebra’s stripes. The scientists conducted their experiments during daylight, twilight, and moonless nights.

Based on what they knew about feline eyesight, UC Davis biologist Tim Caro, Amanda Melin and their fellow researchers were able to estimate the distance at which predators can recognize zebra stripes.

According to the findings published in the journal PLOS Biology, the stripes are discernible at roughly 30 feet on a moonless night in a shrub terrain or in woodlands; at twilight, they would be visible at 98 feet.

By comparison, humans can see the zebra stripes even further than 164 feet away during daytime, and beyond the aforementioned 98-foot distance in twilight.

In light of the much shorter distances applicable to feline eyesight, researchers concluded that predators rely on smell and sound more than sight to hunt their prey. Consequently, zebra stripes wouldn’t be efficient as means of camouflage.

Caro gave a statement explaining that the findings support in no way the idea that zebra’s stripes have any kind of “anti-predator camouflaging effect.”

The team thus rejected the hypothesis debated by Charles Darwin and Alfred Russell Wallace 120 years ago, and looked for a new angle. Back then, Darwin proposed the stripes could be used as a tool for sexual selection of partners.

Stripes don’t really help zebras recognize each other from afar, so the social-purpose theory is also invalidated. Even without stripes on their bodies, other mammals have no trouble recognizing others of the same species.
Image Source: Flickr